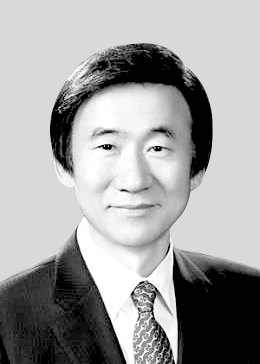 Yun Byung-se
The author is a former foreign minister.


Biden’s national security and foreign policy team is as professional as expected. The two-month old administration is up to every move on the board.

Soon after his proclamation on the restoration of trans-Atlantic alliances and multilateralism at the virtual G7 Summit and Munich Security Conference in late February, President Biden hosted the first-ever Quad summit last week with leaders of Japan, Australia and India.

On Wednesday, Secretary of State Anthony Blinken and Secretary of Defense Lloyd Austin will pay a visit to South Korea following Japan — the first foreign countries they visit after the launch of the Biden administration — for two-plus-two meetings with counterparts in Korea. On the way back, Secretary Blinken and National Security Advisor Jake Sullivan will have a high-level talks with their Chinese counterparts in Alaska.

Why bother flying all the way over to the Far East? It is because they view Northeast Asia as the weakest link in a multilateral coalition his administration is trying to build in the Indo-Pacific region, where the biggest geopolitical challenge is being posed.

A recent “Armitage-Nye report on the U.S.-Japan alliance” offers a clear answer to this question. The report submits that this alliance should be the nucleus of various set of coalitions in the Asia-Pacific as well as across the larger global order, but that the worst-ever conflict between Korea and Japan is a huge stumbling block to an urgently sought Korea-U.S.-Japan trilateral security cooperation necessary to check the North Korean nuclear threat and other challenges.

As such, while the two secretaries will share the status of its ongoing policy review on North Korea, they will make special efforts for Korea-Japan rapprochement to revitalize the trilateral partnership.

Biden’s multilateralism is a concept even more comprehensive than America’s functional approach in the past, as it aims to achieve U.S. strategic goals by establishing a multi-layered — and multipartite — coalition based on its alliances and partners to cope with geopolitical challenges from countries such as China, Russia and North Korea. In a nutshell, the new U.S. administration wants the Quad and the once-smooth Korea-U.S.-Japan security cooperation to function simultaneously.

The decades-old security structure in the Asia and Pacific region sustained by the U.S.-Japan alliance (cornerstone) and the Korea-U.S. alliance (linchpin) is giving way to the newly created Quad. Australian Prime Minister Scott Morrison called the Quad summit a “historic moment in our region.” If South Korea fails to see a bigger picture and to adapt to deal with the remarkable evolution of regroupings in a timely manner, the country cannot but be marginalized in the new era of the “return of geopolitics.”

First, South Korea must further deepen its comprehensive strategic alliance with the United States at the bilateral, regional and global levels in line with the changing security landscape in the Asia-Pacific after the launch of the Biden administration. The alliance must return to the days of a “no daylight” alliance, just as it was during the Obama administration.

Second, in line with the U.S. policy review to deter the North Korean nuclear threat, U.S. extended deterrence capabilities should be strengthened and the related bilateral consultation mechanism must be reactivated. Furthermore, a new multilateral extended deterrence instrument should be put in place. The launch of an Asian nuclear planning group (ANPG) as recently proposed by former top policy-makers of the United States’ Asian and European allies is a case in point. As bilateral mechanisms already exist, expanding it to a multilateral level would not be difficult.

Third, the most urgent task at the multilateral level would be to restore the retrogressive Korea-U.S.-Japan partnership. As a first step, ministerial meetings between foreign and defense departments of the three countries should be held at an early opportunity. Trilateral intelligence and security cooperation must be strengthened, ultimately leading to summit-level engagement. South Korea should also manifest, as soon as possible, its position that it is open to participating in the Quad. This will allow Korea to have larger leverage against its difficult neighbors. Seoul can take a cue from the flexible position of New Delhi.

Fourth, as the Korea-U.S. alliance is termed a “value-based alliance,” South Korea must play an active role in diplomacy on values and norms, which is another axis of the Biden administration’s foreign policy.

Therefore, South Korea must proactively participate in the Summit for Democracy to be hosted by the U.K and U.S. respectively this year. Seoul must not forget that Quad members and European partners are jointly seeking a new multilateral international order in this regard.

If Korea abandons its linchpin role in the Indo-Pacific fearing expected burdens, it will surely be substituted by Japan — the cornerstone — and India — a new linchpin. Korea should not turn into a “dispensable nation.” Now is the opportunity for Korea to find a way out of its diplomatic impasse.