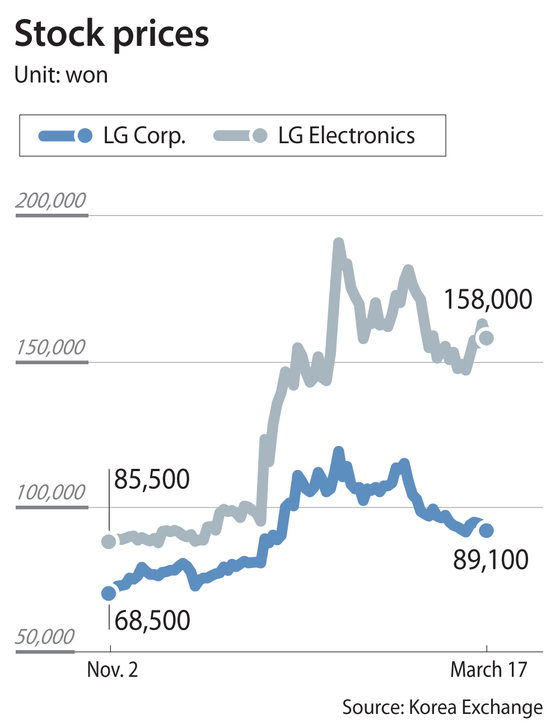 Next week’s shareholder meetings at LG Corp. and its key affiliates are gaining more attention than usual as investors will likely vote on a number of major issues including the spin-off of multiple affiliates and the acquisition of Canadian mobility tech company Magna International.

The agenda items symbolize Chairman Koo Kwang-mo’s stated strategy of focusing on areas where the group already has an upper hand and downsizing or even selling businesses where they don’t, a direction that has helped boost stock prices of LG companies so far this year.

Shares of LG Corp., a holdings unit, were at 68,500 won ($61) at the beginning of November last year, before the recent plans aimed at streamlining the business were announced.

The share price shot up 30 percent to close at 89,100 won on Wednesday, though it was down 2.09 percent compared to the previous day.

Analysts say that the latest announcement of spin-offs — one for LG Chem’s battery business and the other concerning LG International, Silicon Works and others — and major acquisitions, including Magna and U.S. advertising start-up Alphonso, have boosted momentum for the tech-focused group.

“The spin-off decision will bring out a meaningful change [to LG], which will likely speed up the pace of decision making and growth,” said Choi Nam-kon, an analyst at Yuanta Securities, raising the target price of the holding unit to 160,000 won from 135,000 won.

Still, some proxy advisers including Institutional Shareholder Services have expressed skepticism of the split of multiple affiliates to form a new holdings unit LX Holdings, which was first announced in November, citing a lack of potential synergy.

Shareholders at LG Corp. will vote on the proposed spin-off on March 26. 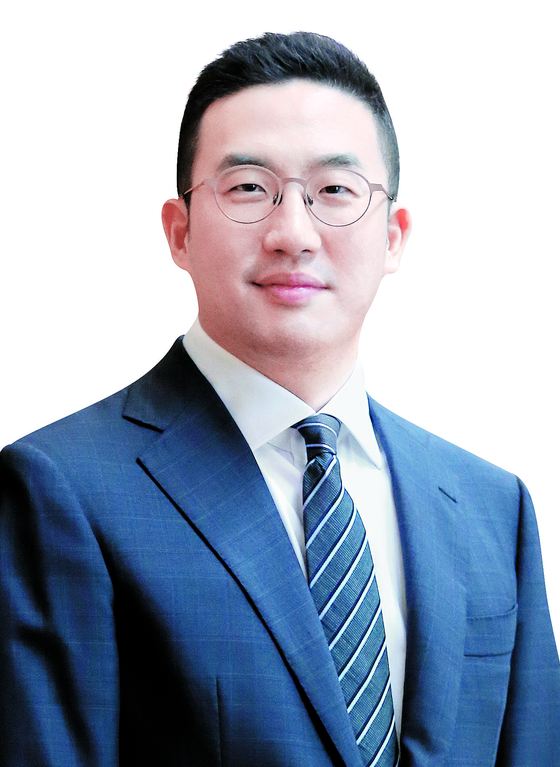 
Since Chairman Koo Kwang-mo took office in 2018, the chief strategy of the company has shifted from a catch-all tech group to one targeting areas that it already excels in.

At the same time, it unloaded businesses that have not really displayed a competitive edge.

The most notable example is the decision in January to restructure its money-losing smartphone business.

LG hasn’t detailed how it will restructure the business, but analysts predict that the move could include the sale of at least part, if not all, of the division.  While the move won’t be voted on, executives are expected to announce the company’s plan at the shareholder meeting.

LG is also trying to bolster its tech and automotive businesses by acquiring different companies including ZKW, a Wieselburg, Austria-based headlamp maker, on top of Magna and Alphonso.

A spokesperson at LG Corp. said that it is actively on the lookout for new business opportunities and mergers and acquisitions under the new structure.

“As we hold ample cash reserves of more than 1 trillion won, we are seeking to buy competitive companies in artificial intelligence, automotive and data,” the spokesperson said.