Matthew Bourne speaks in the language of dance

Matthew Bourne speaks in the language of dance 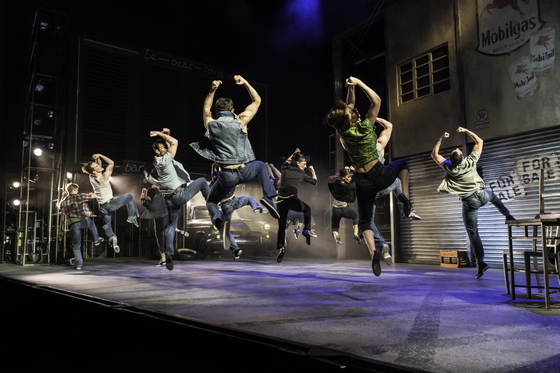 
In any field, a reinterpretation is unlikely to surpass the original. But that may not be the case for Matthew Bourne's 1995 reinterpretation of "Swan Lake," one of ballet's most classic works originally composed by Russian composer Pyotr Ilyich Tchaikovsky in the 19th century.

Bourne's version was considered revolutionary, featuring a corps of muscular male ballet dancers instead of the usual ballerinas in lily-white tutus. It shockingly but beautifully challenged the social taboo about homosexuality at the time.

Bourne is a storyteller who knows how to captivate audiences without a single word. His works infuse contemporary fun into formulaic classical pieces, blurring the line between art and entertainment.

His 2016 ballet "The Red Shoes" was set to be performed in Korea last year, but was canceled due to the Covid-19 pandemic.

But luckily for Korean audiences, the LG Arts Center will present the "Matthew Bourne Collection" on Naver TV every Friday and Saturday throughout March. The collection includes footage of "The Red Shoes," "The Car Man" (2000), "Cinderella" (1997) and "Romeo and Juliet" (2019), all never-before-seen in Korea. 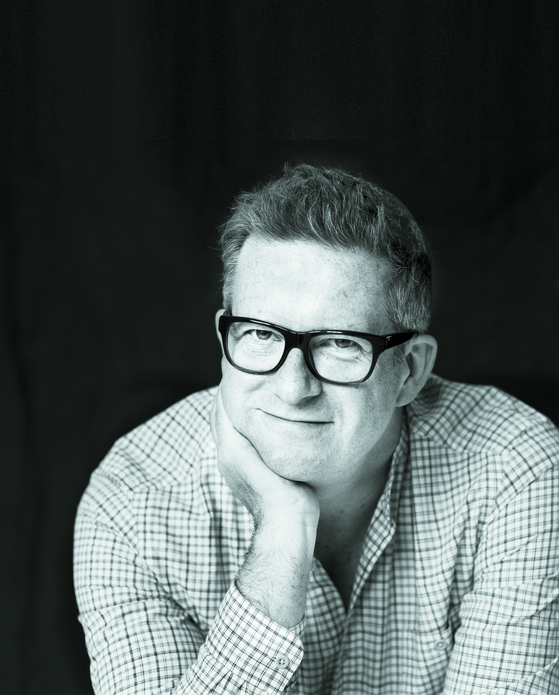 
Even the legendary choreographer could not remain unscathed by the pandemic.

"We are coming up to the first anniversary of our last live performance," said Bourne in an email interview with the JoongAng Sunday, an affiliate of the Korea JoongAng Daily.

"This has never happened in the history of my company and I have felt so sad for my dancers, crew and creative team who have suffered so much this year with very little, if any, work at all. As a family, [my dance-theater company] New Adventures has been doing many things to try to help [...] We have also funded film projects and increased our digital output for our followers and fans."

The fee per-view for each film in the collection is 10,000 won ($8). Although charging a fee to watch a dance video is an unfamiliar concept in Korea, Bourne says his collection is doing fairly well.

"Our international fans are based in Asia, Russia and the United States. I cannot say the exact number but our films have been shown and paid for by audiences very successfully," he said.

"It is interesting that people expect artists to give away their work for free," Bourne added. "Creative people also need to earn a living! However, we have shared a large amount of archived and specially created short films online, for free over this period, and I think audiences have been very grateful. The films that are available to purchase are high quality, recently filmed, full-length productions unavailable to watch anywhere else, so they are really special and more like a cinema movie." 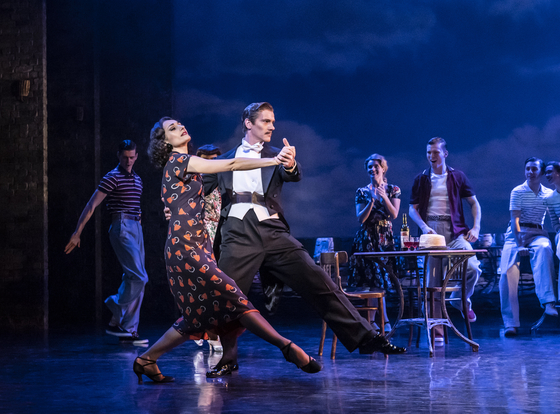 
Bourne emphasized that the films included in this collection were all filmed "‘live,' with an audience, and are complete performances, filmed from beginning to end without stopping."

"[So] you have a real sense of the performance happening in front of you," Bourne said. "That includes the sweat and the emotion that only a live production can give you. Each film captures, close up, things that would be very difficult to see in a theater. It's a very viable alternative and it is really the next best thing to being there! Something we all need at the moment."

"I first watched 'Car Man' 20 years ago, but it's just as shocking today on video," said dance critic Jang In-joo.

"Bourne had been accumulating video production know-how even before the pandemic, so he has the power to make me want to see the performance on stage next time." 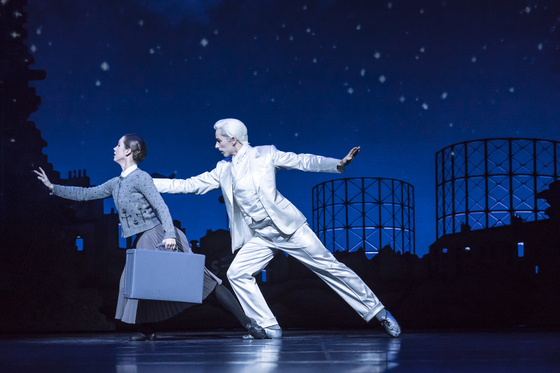 
Bourne's main field is contemporary choreography, but his works are not too abstract and have a clear plot, making video the perfect medium. Bourne combines universally known classical pieces with modern content to expand the narrative, which is his signature style of storytelling. He used imagery from Alfred Hitchcock's film "The Birds" (1963) in "Swan Lake" to make it a complex psychodrama, and took elements from Bram Stoker's gothic horror novel "Dracula" (1897) and vampire movies "The Twilight Saga" (2008–2012) to add drama to his 2012 work "Sleeping Beauty." Bourne said he wanted to tell stories based on the real lives of contemporary people.

Although best known as a choreographer, Bourne prefers to call himself a storyteller. He only became interested in dance after he turned 20, but chose it as the language for his storytelling. He said he prefers moving to speaking, because movement is more universal than language, and that way audiences all around the world can easily understand his work.

When asked about the changes he's seen in his world over the past three decades, Bourne replied, "I can see that each work has its own identity and its own movement style, its own musical style and its own 'look' — but it is for others to say if there have been changes in my style over the years. I'm just looking for the next great story to tell!" 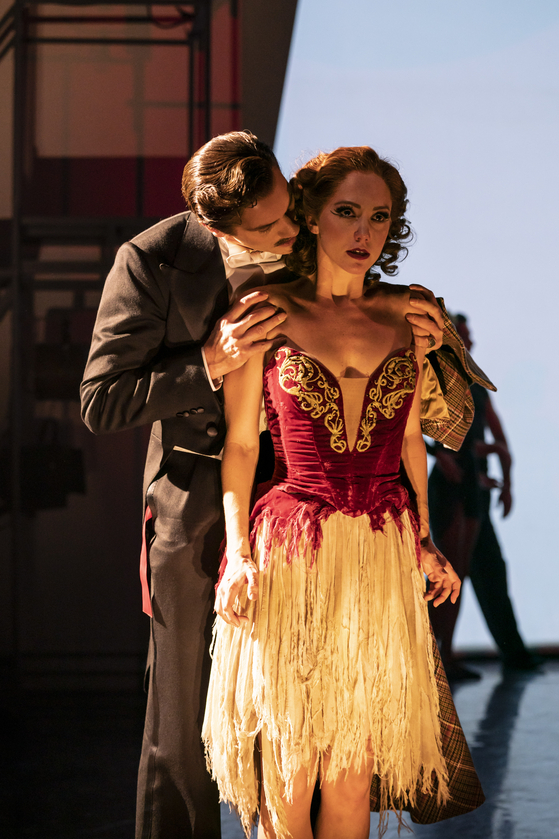 
"The Red Shoes," a stage version of the 1948 ballet film of the same name based on a fairy tale by Hans Christian Andersen, is another great story: A girl who dreams of becoming a dancer joins the world's best dance troupe, but is torn between choosing love and art. Bourne says he was first introduced to the world of ballet through the 1948 movie, and that it especially hits close to home now that he is unable to do what he loves due to the pandemic. "The Red Shoes" features dancer Adam Cooper, who was one of the male swans in the 1995 premiere of Bourne's "Swan Lake."

Like the violently rough yet shockingly beautiful group dance of muscular male swans in "Swan Lake," each of Bourne's works has unforgettable scenes.

"Everyone will have their own favorite scenes in the pieces for different reasons," said Bourne, "so there are no right answers here." Still, Bourne recommended viewers to look out for the bombed ballroom in "Cinderella," reimagined as taking place during the Battle of Britain. For "The Red Shoes," Bourne also said the "set really does 'dance,'" and that "Romeo and Juliet" shows the "the longest kiss in dance history." 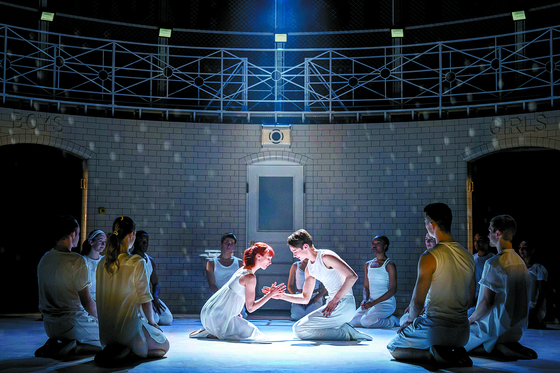 
Bourne stressed that "Romeo and Juliet" was made for the younger generation. In Europe, most audience members that attend stage performances are senior citizens, and choreographers are on a mission to create something that will interest younger people. That was why Bourne recreated "Romeo and Juliet," a task he had refused for almost three decades because he thought there were already too many versions.

"Our Romeo and Juliet is very successful in its engagement of young people as it was created by a very youthful cast and with young associates on the creative team," he said. "It touches on subject matter that is very important to the youth of today. I am very excited to see how young audiences around the world will relate to this piece. It was made for everyone, but especially the younger members of our audiences."

In the new and rejuvenated "Romeo and Juliet," there is no family feud. Instead, there are youths challenging the older generation's control and system with an innocent passion, as well as unstable young love.

"We must make work that the younger generation really wants to see, work that they can relate to, characters they can identify with etc.," Bourne said. "We must keep the art of theater and dance alive, always moving forward and changing and challenging us. Young people will always respond to this."