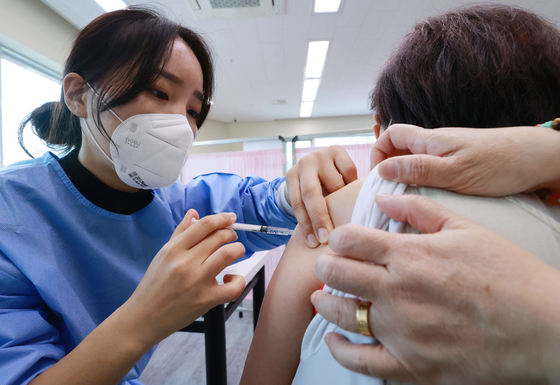 Medical personnel at a long-term care facility in Yangcheon District, western Seoul, administer the AstraZeneca vaccine to employees under the age of 65. [YONHAP]


Health authorities on Thursday reported a second domestic case of blood clots forming in an individual who received the AstraZeneca vaccine, while saying that suspensions of the vaccine's rollout in Europe were only precautionary.

According to the Korea Disease Control and Prevention Agency (KDCA), the subject is a male Covid-19 medical responder in his 20s who received the vaccine through his work on March 10.

He experienced a headache and chills the day after his shot, which continued until March 15. After checking into a medical facility, he was diagnosed with blood clots, which was reported to the local health center. 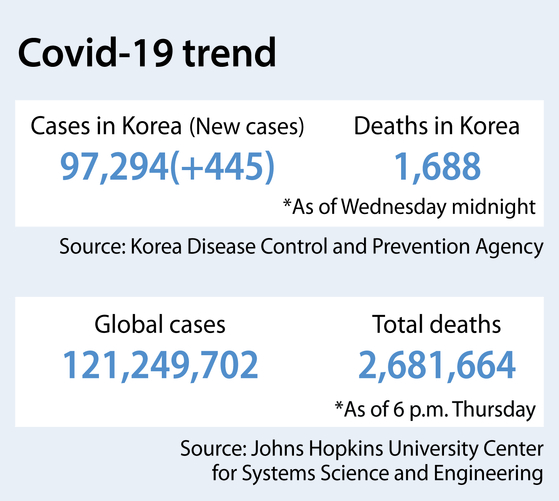 The man’s case was registered into the vaccine side-effect reporting system after he was admitted for treatment. Health authorities are currently investigating whether he has any underlying conditions.


This is the second reported case of a vaccine recipient developing blood clots after receiving the inoculation, following the death of a 60-year-old female patient at a long-term care facility who received the vaccine and whose autopsy revealed she had blood clots.

Health authorities claim her cause of death was aspiration pneumonia and a heart attack.

Park Young-jun, director of the side-effect investigation team at the KDCA, said that monitoring of other personnel at the same workplace as the 20-year-old vaccine recipient had revealed no similar cases of side effects.

Park added that the man is currently resting and receiving treatment at a hospital.

Meanwhile, deputy commissioner of the KDCA Kwon Jun-wook said in an online briefing Thursday that the suspensions of the AstraZeneca vaccine’s administration in more than a dozen European countries were in response to reports of side effects in those countries, and that it did not signify a direct correlation between the vaccine and side effects.

“The World Health Organization [WHO] has said that the benefits of the AstraZeneca vaccine currently far outweigh its risks and urges the continuation of the rollout,” Kwon said.

He added, “We cannot rule out the possibility that common diseases or health issues may arise coincidentally around the same time as the vaccine administration.”

Addressing the second case of blood clots being reported in a vaccine recipient, Kwon pledged, “We will continue to communicate transparently regarding the safety and efficiency of the vaccine, based on scientific evidence.”

This second blood-clot case comes the day after Jeong Eun-kyeong, KDCA commissioner and the head of Korea’s Covid-19 control efforts, said the AstraZeneca vaccine was safe for continued administration, despite suspensions of the vaccine’s use in Europe over safety concerns.

Jeong on Wednesday told members of the Health and Safety Committee of the National Assembly that the rollout of the AstraZeneca vaccine could continue and that there were no safety problems thus far.

Of the local infections, 124 were reported in Seoul, 155 in Gyeonggi and 20 in Incheon. Infections in the greater Seoul area constitute between 70 to 80 percent of domestic infections.

There were 18 new imported cases, including two from the Philippines, two from Hungary and four from the United States.