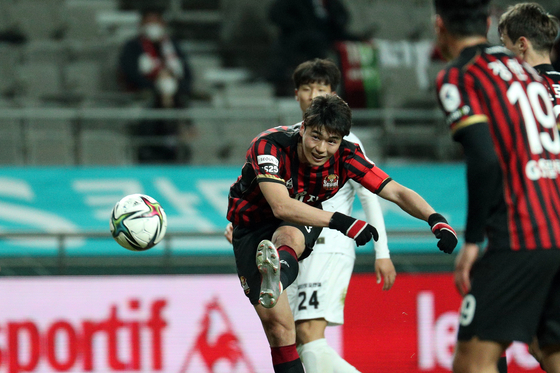 
Ki Sung-yueng of FC Seoul scores the winning goal against Gwangju FC in the second half of a K League 1 match at Seoul World Cup Stadium on Wednesday.

On the same day, Ki announced that he would take legal action against allegations that he sexually assaulted his elementary school teammates.

MBC investigative journalism program "PD Note" on Tuesday aired testimonies from the alleged victims, with Ki's legal team responding on Wednesday with their own audio clips that purportedly show one of the victims saying that there Ki did not intimidate them. The alleged victims' attorney has disputed the authenticity of the clips.