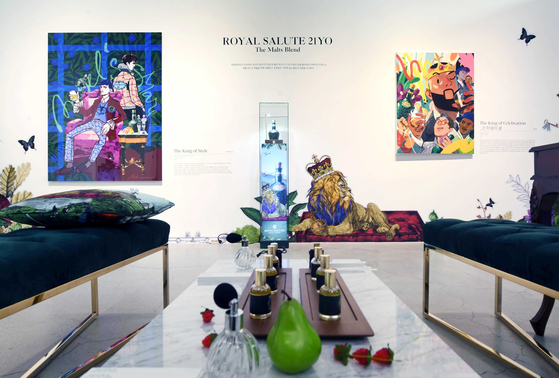 A total of 10 works by five artists were displayed at the exhibition that took place on Friday in Gangnam, southern Seoul.

The company first unveiled the work in January. One piece was released every week on social media, with Pernod Ricard Korea then deciding to show all 10 at a special one-day exhibition.

The works will be auctioned on April 7.

The artworks have been “reinterpreted into contemporary art based on the luxury brand’s heritage and abundant stories,” said a spokesperson for Pernod Ricard Korea in a statement, adding the company provided a chance for a younger generation to experience whisky as an art through digital platforms.

The spokesperson said that the company hopes the younger generation were inspired by the “shocking attempt” Royal Salute offers.