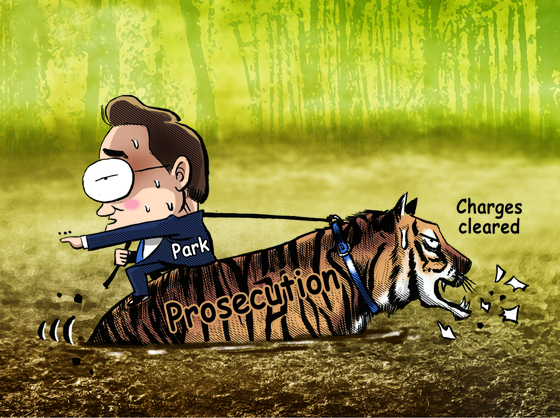 Justice Minister Park Beom-kye is cornered after invoking his rights to command the prosecution’s re-investigation into a bribery case involving former Prime Minister Han Myeong-sook to see if prosecutors forced an inmate of the businessman who gave her political slush funds to give false testimony about him in the trial. A group of senior prosecutors on Saturday decided not to indict the inmate on a charge of perjury. [PARK YONG-SEOK]