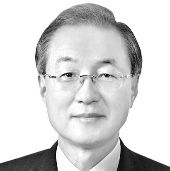 
Section 232 of the U.S. Trade Expansion Act, passed by the U.S. Congress in 1962, authorized the U.S. president to use tariffs and other means to limit imports when their quantity or other circumstances are deemed a threat to national security. In March 2018, President Donald Trump invoked it to impose a 25 percent punitive levy on imported steel products and 10 percent on imported aluminum. South Korea earned an exemption from the Section 232 steel tariff in exchange for a 30 percent cut in its average steel exports. That steel quota remains intact under the Joe Biden administration.

Most trade experts believe the steel import curbs under Section 232 cannot be justified under the World Trade Organization’s “national security” exception. First of all, the argument that Canada, Mexico, the European Union, Japan and South Korea — who are traditional allies of the U.S. — pose a threat to U.S. national security is not convincing. Second, as 40 to 50 percent antidumping and countervailing duties were already imposed on steel imports from Korea, why the U.S. needed to impose extra punitive tariffs also lacked rationale. An absolute quota on steel imports from Korea goes against the WTO agreement not to implement any new voluntary export restraints (VER). Section 232, therefore, is a definite hot potato.

Trump seemed to have enforced import restrictions on steel for political reasons, not because of a security threat. The 2016 presidential election results can explain why. Trump pleaded for votes across the Rust Belt region that is home to steel mills — the midwest states of Pennsylvania, West Virginia and Ohio — by promising to protect America’s steel industry. Votes from that region played a pivotal role in Trump’s victory. He used Section 232 to deliver on his campaign promise. Trump dug up the obsolete trade rule in order not to repeat the setback of former Republican president George W. Bush, who had to withdraw safeguard measures on steel in 2002 because of political pressure. 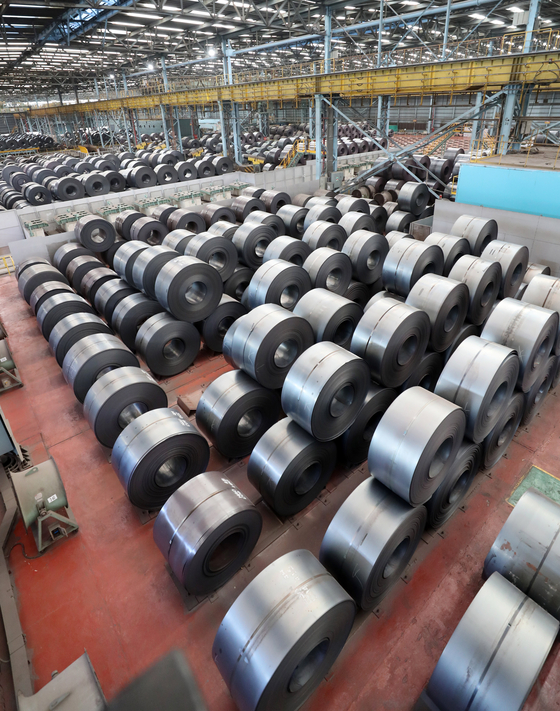 Steel coils waiting for export to the United States. The U.S. restrictions on steel imports from Korea are still effective under Joe Biden’s administration after the Congress authorized former President Donald Trump to invoke Section 232 of the Trade Expansion Act to take tariff and other means to adjust imports for security reasons. [YONHAP]


According to a study by Gary Hufbauer, a senior fellow at the Peterson Institute of International Economics, Trump’s protectionist tariffs raised the price of steel products by nearly 9 percent and boosted pre-tax earnings of U.S. steel companies by $2.4 billion in 2018. Jobs in the sector increased by 8,700. But domestic demand fell due to the higher cost to industries using steel. Reduced competitiveness on top of decreased export demand caused $5.6 billion in costs for steel users in America. Due to protectionist measures, U.S. industries unrelated to steel have suffered. The research found that Section 232 import barriers on steel caused more harm to the U.S. economy than gains.

When imports of a certain item increase, domestic players can suffer. Workers hate imports if their jobs are hurt. They take collective action and lobby against imports. But import curbs can damage a wide range of companies that use the product as a raw material for their products. But workers in scattered industries cannot easily unite and take a collective political action. Political capabilities of a group demanding protective action and the opposition group are structurally asymmetric. It is why trade protectionist actions are utilized for political purpose regardless of their real economic effect.

The U.S. steel industry has been stumbling primarily due to outsized global steel capacity. Therefore, America’s unilateral import curbs did little to ameliorate a global oversupply and only ended up distorting global steel trade. Korean steelmakers subject to the VER despite a free trade agreement with the United States have been victimized. The U.S. should implement restructuring instead of protecting its domestic industry. It must expand investments in R&D, training and infrastructure to help steel companies and workers cope better with the changing environment.

Biden has vowed to uphold trade multilateralism and cooperation with allies to restore the global trade order. He must first do away with the Section 232 tariffs and quotas that bring little economic effect except for friction with WTO rules and a freer global order.