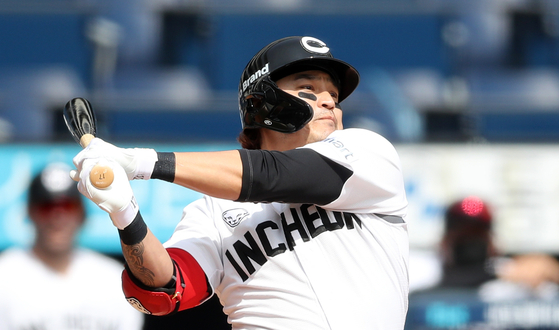 SSG Landers slugger Choo Shin-soo made his KBO preseason debut on Sunday, failing to make any hits despite the high expectations. The former major league veteran started as the designated hitter in an exhibition game against NC Dinos at Changwon NC Park in South Gyeongsang on Sunday. The KBO preseason was previously scheduled to begin on Saturday, but all five games were canceled due to spring rain, delaying Choo’s first appearance by one day. Choo recorded two strike outs and one fly ball against Dinos starter Wes Parsons and was substituted. [YONHAP]