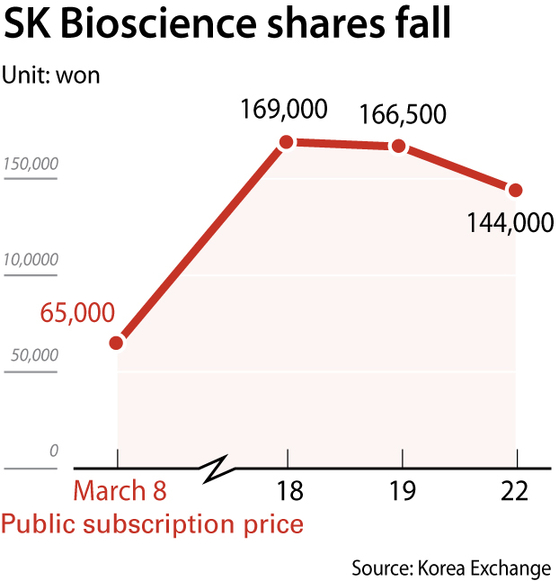 SK Bioscience has fallen for two of the three days since its listing, down now by almost a quarter from its peak, with retail investors hit hardest.

SK Bioscience hit the daily trading ceiling on Thursday last week when it was listed for trading on the Korea Exchange, closing at 169,000 won.


The fall in the share price has hit its ranking as a public company.

According to data from the Korea Exchange, trading of SK Bioscience shares was relatively light, with 876,189 shares worth 147.5 billion won changing hands on Thursday.

On Friday, 12.47 million shares worth 2.2 trillion won were traded, which is about 14 times the volume on Thursday.

On Monday, trading volume was moderate at 4.7 million shares worth 698 billion won.