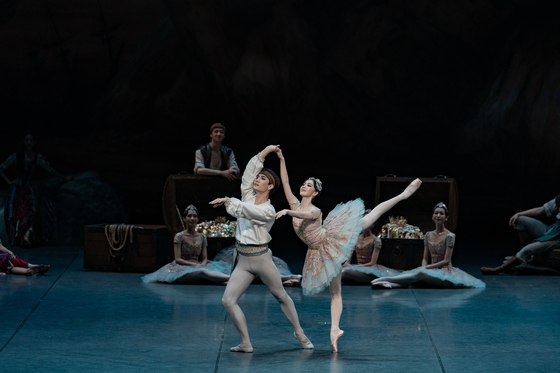 Through March 28: The Korean National Ballet (KNB) presents one of its popular shows, “Le Corsaire.”

“Le Corsaire” is based on “The Pirates,” an epic poem by Lord Byron.

The state-run ballet company staged a reinterpretation of “Le Corsaire” for the first time in 15 years last November. The new version was highly praised by both audience members and critics.

KNB said Song has focused on stage direction for the latest production.

This dance performance is inspired by dances that are carried out during the gut, which is Korea's traditional shaman ritual. Sinawi is a Korean word that refers to improvisational ensemble music.

Lee Gyu-un, the choreographer of the group, said this dance performance is a gut, not for the dead but for those who are alive, adding that the performance will not be "as heavy and traditional." 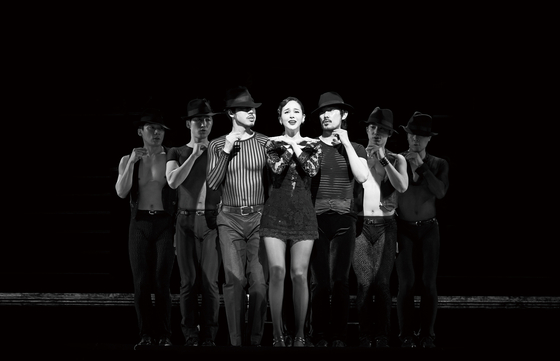 
April 2 – July 18: The Korean production of a hit musical “Chicago” is gearing up to be staged at the D-Cube Arts Center in western Seoul.

The musical is based on a 1926 play of the same name by reporter Maurine Dallas Watkins about actual criminals and crimes she reported on in Chicago. The musical revolves around Roxie Hart, an ambitious chorus girl, who murders her lover. Tiffany Young, a member of K-pop girl group Girls’ Generation has been cast to play Roxie. Veteran musical actor and singer Ivy will alternate the role with Tiffany Young. 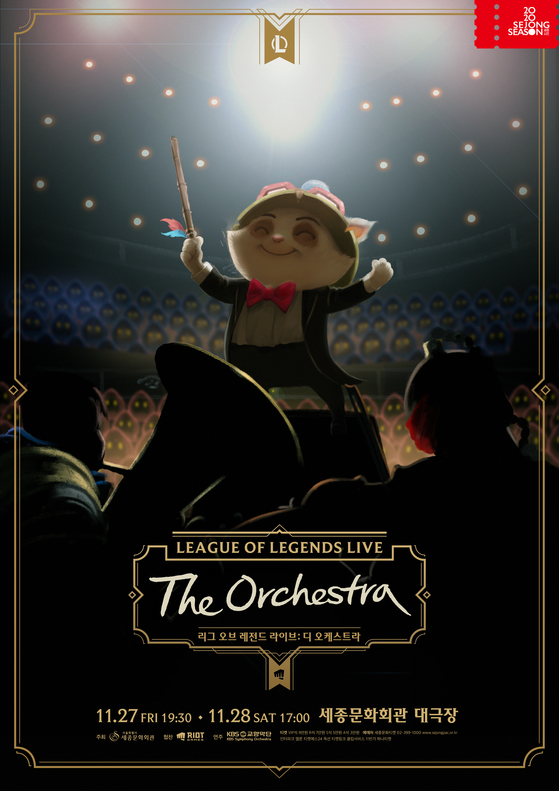 Poser of "League of Legends Live: The Orchestra" slated to be staged at the Sejong Center for the Performing Arts in central Seoul. [SEJONG CENTER]

April 14: Violinist Zia Hyunsu Shin will showcase the famous "The Four Seasons" by Antonio Vivaldi as well as Astor Piazzolla's "Four Seasons in Buenos Aires" in an upcoming concert next month.

Through May 1: The Korean production of blockbuster Broadway musical "Wicked" has made its return to Korea for the first time in five years. The sell-out show will feature veteran musical actors including Oak Joo-hyun and Son Seung-yeon as Elphaba and Jung Sun-ah and Na Ha-na as Glinda.