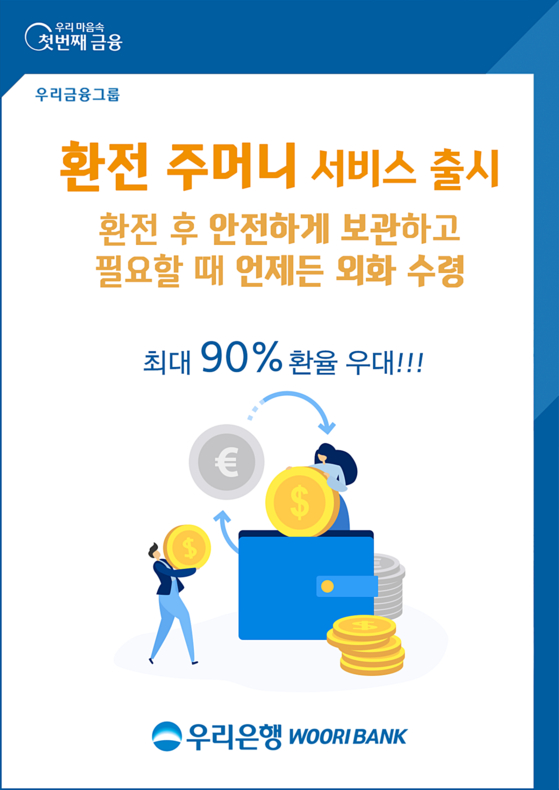 
Woori Bank launched a mobile service to aid in the exchange and storage of foreign currency on Wednesday.

Users can keep the converted money in the digital pocket without a separate foreign currency account, or even a Woori Bank account, in the form of digital money, the bank's spokesperson said.

Users can take out exchanged money at offline Woori Bank branches during operating hours. They can also exchange the money back to Korean won.

The mobile pocket service provides graphs depicting daily changes in exchange rates in order to help users determine when would be a good time to exchange their money.

Users can currently store a maximum of $10,000 in the digital pocket, for unlimited period of time. The daily exchange limit is set at $5,000.

For customers using the digital pocket service without any Woori Bank account, the exchange rates and daily permissible exchange limits may differ.