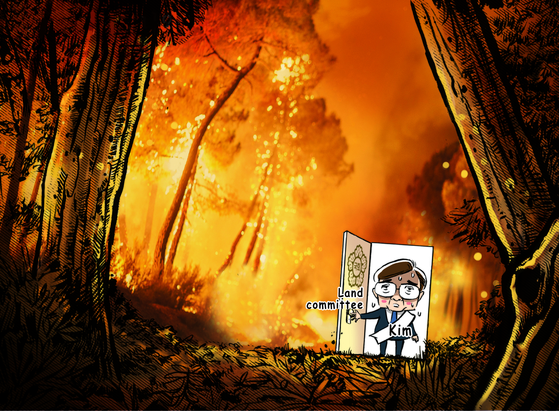 Kim Eui-kyeom, former presidential spokesman, is expected to take over the seat of Rep. Kim Jin-ai of the Open Minjoo Party, who resigned to run for the April 7 mayoral by-election in Seoul. The problem is that Kim should also be on the Land, Infrastructure and Transport Committee in the National Assembly — despite a real estate scandal that caused him to step down as presidential spokesperson in 2019. [PARK YONG-SEOK]