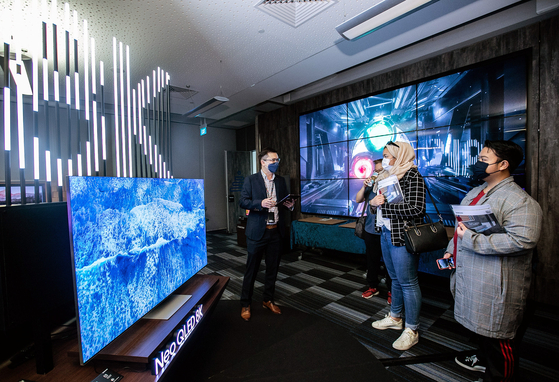 
Samsung Electronics started selling its Neo QLED televisions in Singapore on Wednesday as it looks to tap into the premium electronics market across Asia.

Singapore was the third market that the electronics maker has started selling Neo QLED models in, after Australia and Korea.

The next destinations will be Thailand, Indonesia, Vietnam, the Philippines, Malaysia and New Zealand in April.

Neo QLED TVs use a liquid crystal display with light emitting diodes (LEDs) for backlighting. What differentiates the Neo QLED from other LCD-LED televisions is the tiny size of the LEDs, allowing for better color control.