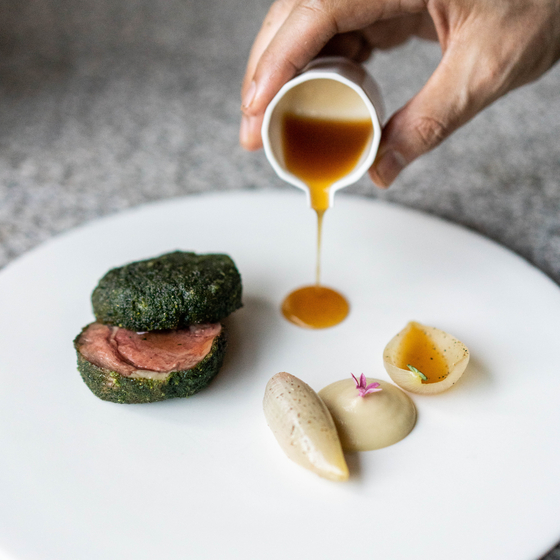 A lamb dish from Seoul's Mingles which took the No. 10 spot on Asia's 50 Best Restaurant list. [ASIA'S 50 BEST]


Not even a pandemic can stop passionate foodies from discovering the latest and greatest restaurants around the globe.

Fine-dining establishment Mingles in Seoul earned its highest-ever rank, landing in the top 10 at No. 10.

Chef Kang Min-goo of Mingles, who has also been running the more casual restaurant Hansik Goo in Hong Kong over the past year, was named the winner of the Chefs’ Choice Award, which was voted on by his peers. Mingles first appeared on the list in 2016 at No. 15, the highest new entry for that year. Since then, the restaurant has been ranked every year on Asia’s 50 Best Restaurant list. Kang has collaborated with many chefs across the globe to shine a light on the relatively lesser familiar style of modern Korean cuisine, and Mingles is often bookmarked as a must-visit in Seoul by food aficionados.

Three other restaurants were ranked in the top 50 list, two of which were new entries.

Chef Kim Dae-chun’s restaurant 7th Door entered the list at No. 34. He previously made the list with his more casual dining spot TocToc, which landed at No. 65 this year. Born and Bred, which offers both a prestigious hanwoo, Korean beef, set menu and more affordable a la carte menu, landed at No. 36, while Hansikgonggan made it to No. 43.

Prior to the release of the top 50 list, four Korean restaurants made it to the extended top 100 list which was announced on Monday.Three restaurants were highlighted for the first time on the 50 to 100 list. Mosu by chef Anh Sung-jae entered at No. 67, while Joo Ok landed at No. 72. Both restaurants are known to serve food inspired by a variety of Korean dishes that have contributed to shaping what people eat every day. Onjium, which offers recipes from the past in a more modern setting, took No.86, while TocToc, run by chef Kim Dae-chun of 7th Door, ranked at No. 65.

Two Korean chefs were awarded individual prizes including Kang of Mingles. The other one was Sun Kim of Meta in Singapore who took home the One to Watch Award, proving people are interested in Korea’s gastronomic heritage in foreign countries. 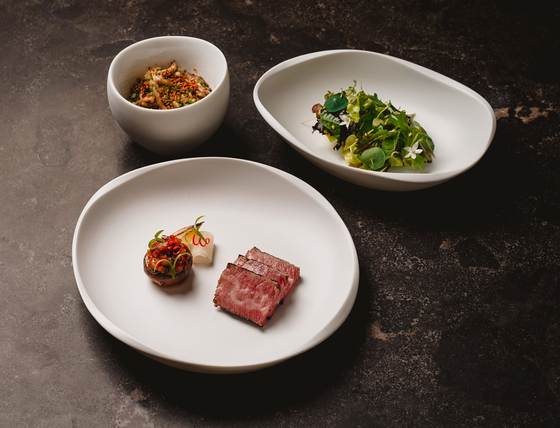 
Meta has already been exercising its influence in Singapore, as other culinary talents who have worked under the umbrella of Kim’s restaurants are gearing up to open restaurants that also serve dishes inspired by Korea. Chef Louis Seok-hyun Han, former sous chef at Meta and head chef of now-closed Kimme, a sister restaurant to Meta, announced his plan to open NAE:UM in Singapore, which means scent in Korean.

“It is quite an accomplishment for the culinary talents in Korea, as Korea has never seen so many restaurants honored by this particular entity,” said Choi Jung-yoon, vice chair for the list for Korea and China.

“With more restaurants earning spots on the list, I hope they can gain momentum to keep global attention focused on them even during the pandemic so that they can be ready to welcome local guests now as well as international gourmets in the future, once people can travel.”

This year’s list also saw the need to highlight more casual outlets in a bid to offer support in the times of the pandemic.

The “Essence of Asia” introduces restaurants that best represent the tastes of the continent but have not yet been ranked on the official list. A total of 82 restaurants were listed from 49 cities across 20 countries and territories, including four from Korea. The Korean restaurants include three in Seoul — vegetable-focused Base is Nice, grilled pork restaurant Geumdaeji Sikdang, also widely known as Golden Pig, as well as Korean causal eatery Miro Sikdang. Also included was Nangpoonbopsang on Jeju Island which serves local delights.

“At a time when restaurants need our support, this collection presents travelers and gourmets with an invaluable guide to some of Asia’s most authentic and diverse dining experiences,” said William Dre, Director of Content for Asia’s 50 Best Restaurants.