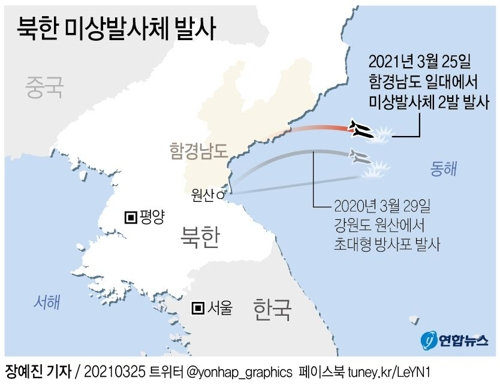 The projectiles were suspected to be ballistic missiles, which are banned under UN Security Council resolutions.

The JCS said that South Korean and U.S. intelligence authorities are conducting an analysis for additional information.

The JCS said, “Our military is keeping a full readiness posture with heightened monitoring and vigilance under close South Korea-U.S. coordination."