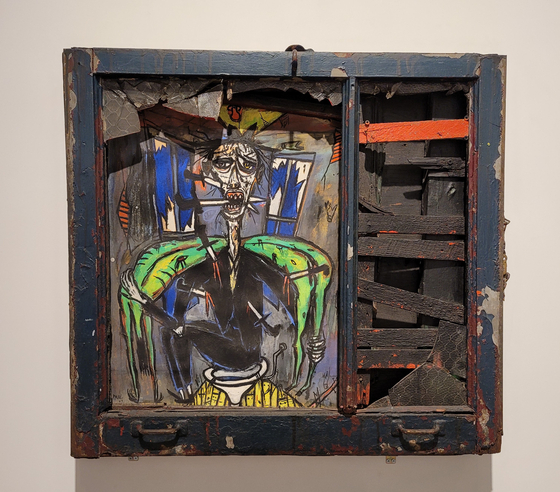 
“Soil”(1983), now on view at Leeahn Gallery in central Seoul, is part of the solo show of American artist Rick Prol. The work, created by the artist in his 20s, symbolically shows the dark side of New York in the 1980s, which was characterized by violence and the gap between the rich and poor. In the East Village, Prol worked as the last assistant of Jean-Michel Basquiat (1960-1988) and developed his own style. The painting, which has both the styles of the East Village graffiti of the 1980s and German expressionism of the early 20th century, is in a broken window frame the artist found in an abandoned house. The solo show focusing works Prol created in his 20s runs through April 24. [MOON SO-YOUNG]