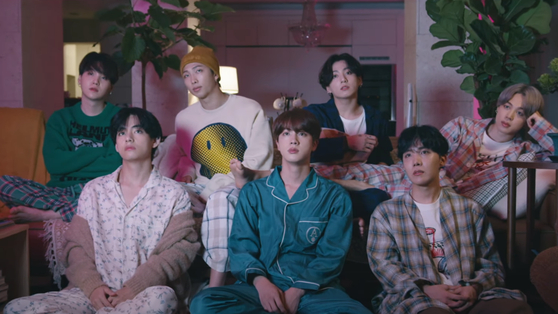 A still from BTS's music video for ″Life Goes On.″ [SCREEN CAPTURE]


The music video for boy band BTS's song "Life Goes On," which has a healing message for the pandemic-hit world, hit 300 million views on YouTube on Saturday.

According to BTS’s agency Big Hit Entertainment, whose name will be changed to HYBE pending shareholder approval on Tuesday, the music video of the song "Life Goes On" hit 300 million views on YouTube on Saturday afternoon, becoming the boy band’s 15th music video to reach the milestone.