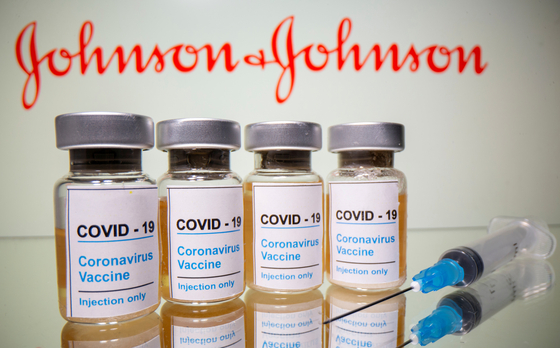 
A commission of Korea's Ministry of Food and Drug Safety found Johnson & Johnson's Janssen vaccine to be effective against Covid-19 infections.

The World Health Organization (WHO) recommends vaccines with an efficacy of higher than 50 percent as “worth using” because Covid-19 is deemed such a severe disease.

“Upon perusal of these studies, a commission put together by the ministry found the [Janssen] vaccine efficient enough to be considered for the Korean government’s approval,” the ministry said, adding that its observed side effects were at a “permissible” level.

“The studies found that 0.4 percent of those vaccinated [with Janssen] experienced serious side effects,” the ministry said. “By the time the studies were concluded, these people had recovered. […] It is the recommendation of the commission that if the vaccine is permitted for administration in Korea, health authorities should collect additional data on its side effects and release its evaluation on the safety of the vaccine’s administration.”

The commission consisted of six experts of infectious diseases and vaccination.

In addition to the commission’s approval, the Janssen vaccine will need to be approved on two more levels within the ministry before it can be permitted for administration in Korea. The results of the second analysis will be announced Thursday afternoon, the ministry said. 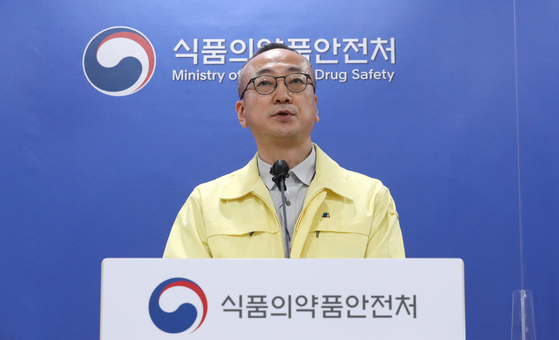 Kim Sang-bong, an official of the Biomedicine Department of the Ministry of Food and Drug Safety in a press briefing at the ministry's headquarters in Osong, North Chungcheong, on Monday. [YONHAP]


Korea has signed a deal with Johnson & Johnson to purchase Janssen vaccines to cover 6 million people. Unlike AstraZeneca or Pfizer, which require two shots, Janssen only requires a single shot.


In addition to procuring the vaccines through the Covax Facility, the WHO's vaccine-sharing mechanism, the Korean government has sealed separate deals with four global vaccine makers — Pfizer, AstraZeneca, Moderna and Johnson & Johnson's Janssen — to secure vaccines for 56 million people, more than enough for its population of 52 million.

Korea rolled out its vaccine program on Feb. 26. As of Sunday, a total of 793,966 people have been vaccinated with their first shots of AstraZeneca or Pfizer vaccines, according to Korea Disease Control and Prevention Agency (KDCA). They are mostly patients and medical workers at high-risk facilities, such as nursing homes for the elderly and convalescent hospitals, as well as medical workers at hospitals focusing on Covid-19 care.

Starting April 1, members of the general public aged 75 or over will be eligible to be vaccinated.

Teachers at special schools for children with disabilities, and health teachers at day care centers will also be eligible for vaccination starting in April, according to the Ministry of Health and Welfare.

“We are also considering requiring all teachers at day care centers throughout the nation be regularly tested for Covid-19, once a month,” Kwon Deok-chul, a senior-ranking official of the Health Ministry said in a press briefing on Monday.

In May, members of cabin crews across airlines will be eligible for vaccination.

In June, medical staff members at general hospitals, pharmacists, all teachers at day care centers and kindergartens and teachers of first and second graders at elementary schools will be eligible. The police, firefighters and soldiers will also start to be vaccinated in June, according to the KDCA.

Korea on Sunday added 384 new cases of Covid-19 infections, of which 14 were imported. Of the local cases, nearly 70 percent were based in the greater Seoul area. Seoul had 105 cases, Busan 130 and Incheon 18. Since late February, Korea’s daily case level has been mostly in the 300s and 400s.