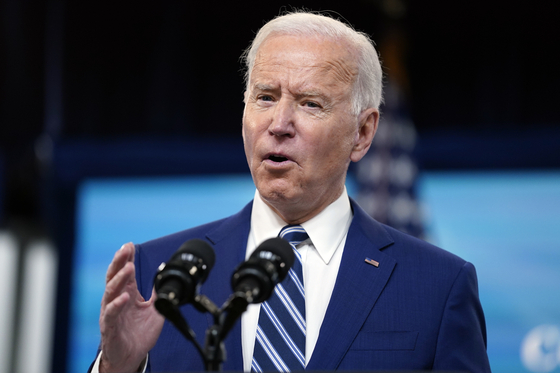 
The U.S. president isn't planning talks with North Korean leader Kim Jong-un, said the White House Monday, noting that Joe Biden’s approach to Pyongyang will be “quite different” from his predecessor’s.

When asked by a reporter if Biden’s diplomacy toward the North includes meeting with Kim, Jen Psaki, the White House spokesperson, replied in a press briefing Monday, “I think his approach would be quite different, and that is not his intention.”

This marks a departure from former U.S. President Donald Trump’s approach of putting all his bets on two summits with Kim and an informal meeting in 2018 and 2019 that led nowhere.

In his first press conference as president Thursday, Biden warned that he will “respond accordingly” if Pyongyang chooses to escalate tensions, while underscoring he is “prepared for some form of diplomacy” with North Korea.

They were the North’s first ballistic missile launches in a year, and Pyongyang’s state media reported Friday that it had successfully test-fired “new-type tactical guided missiles,” believed by experts to be an upgraded version of the North's KN-23 short-range ballistic missile, similar to the Russian-made Iskander mobile missile system.

Biden confirmed in last Thursday's press conference that “UN Resolution 1718 was violated by those particular missiles that were tested.”

The Biden administration is near to a conclusion to a comprehensive review of North Korea policy and strategy, which could include more pressure on Pyongyang. 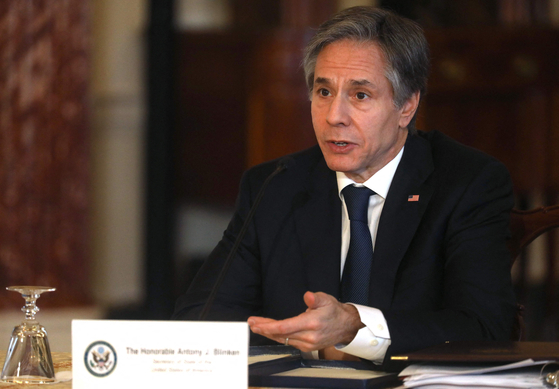 Blinken said, “These destabilizing ballistic missile launches are subject to our condemnation and those of allies and partners, including in the UN system, because they violate multiple UN Security Council resolutions and threaten the region and the broader international community.”

He continued, stressing trilateral cooperation between Seoul, Washington and Tokyo, “What we’re seeing from Pyongyang in terms of these provocations does nothing to shake the resolve of our three countries along with allies and partners around the world to approach North Korea from a position of strength in order to diminish the threat that it poses to the region and beyond.”

Blinken recalled his trips to Japan and South Korea earlier this month and said, “North Korea was a primary topic of conversation in both countries, and we also discussed it with our Chinese counterparts in Anchorage, Alaska, a couple of days later. And this is one of those areas where I think we have some alignment of interests with Beijing.”

Blinken said he shared what he heard from Seoul and Tokyo officials with the president.

“What we see from these unlawful nuclear and ballistic missiles programs is a serious threat to international peace and security and something that undermines as well the global nonproliferation regime which we all have a strong interest,” said Blinken. “And I think the United States, South Korea, Japan are united in our commitment to standing up against these provocations and advancing the denuclearization of the peninsula.”

The Biden administration’s North Korea policy review “is coming to a conclusion,” said Blinken, adding, “We very much look forward to discussing it with our allies and implementing it in very close coordination with them.”

U.S. Ambassador to the United Nations Linda Thomas-Greenfield, who took part in the virtual press conference Monday with Blinken, said on the North’s missile provocation, “We’ve engaged on this here in New York as well” and “consulted with both our Japanese and South Korean counterparts on the way forward.”

She added, “We held a committee meeting of the 1718 committee on sanctions, and we’re looking at additional actions we might take here in New York.”

In turn, Kim Yo-jong, the powerful younger sister of the North Korean leader, Tuesday lambasted Seoul for calling out the North Korean ballistic missile launches last week and accused it of having the same “gangster-like logic” as the United States, "faulting" Pyongyang for a violation of UN resolutions.

She said, “I am struck speechless, especially when the south Korean chief executive personally utters something about us over a mike,” saying Moon lacked “elementary logic.”

In last Friday's speech, Moon addressed the South Korean public’s concern over the North’s missile launches, and said, “Actions that make the mood for dialogue difficult are undesirable.”

He added, “Now is the time for South and North Korea and the United States to all work toward continuing dialogue.”

The KCNA report confirmed Kim’s position as vice director of the Information and Publicity Department of the Central Committee of the North’s ruling Workers' Party. Kim, believed to be one of the closest aides to the North Korea leader, was promoted as first vice director of the department in October 2017. She has been presumed by Seoul officials to be working at the North’s Organization and Guidance Department since late 2019 as she has been at the forefront of inter-Korean and U.S. affairs.

In her statement, Kim recalled a speech Moon made last July 23 touting South Korea’s ballistic missile capabilities while claiming “to defend peace of the Korean peninsula.”

Kim said the South Korean president’s remarks were “self-contradictory” and an “obstacle to the efforts to create the atmosphere favorable for dialogue.”

The South’s Ministry of Unification in a statement Tuesday expressed “strong regret” over Kim Yo-jong’s statement, adding, “At any given moment, minimum courtesy in remarks to one another must be observed.”

The ministry said the South Korean government maintains the position that “efforts to continue dialogue are the only correct path for progressing the peace process on the Korean Peninsula.”

Jo Chol-su, director-general of the Department of International Organizations at North Korea’s Foreign Ministry, criticized reports that the United States called to tighten implementation of sanctions on North Korea during the UN Security Council sanctions committee meeting Friday in a statement carried by the KCNA Sunday.

He added that Britain, France and other members of the Security Council decided to hold a closed-door meeting Tuesday in New York to further deal with the North Korea missile issue.

Jo said he “strongly denounces” the Security Council actions, warning, “Any attempt to infringe upon our right to self-defense will inevitably prompt a countermeasure in kind.”