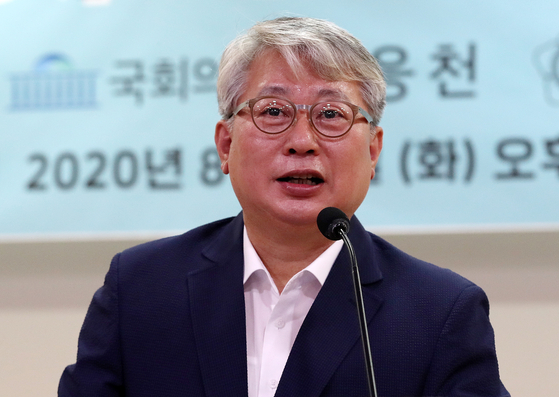 
The ruling party is facing criticism for some of its lawmakers circumventing new rent control laws by hiking the rents on their properties shortly before passing the bills.

According to the National Assembly’s annual record of lawmakers’ assets, Rep. Cho Eung-cheon of the ruling Democratic Party (DP) raised the jeonse (long-term rent deposit) for his apartment in Daechi-dong, Gangnam District, by 9.3 percent, from 540 million won ($476,000) to 590 million won, in June 2020. This increase was larger than the 5-percent ceiling, introduced in the following month.

On July 30, 2020, the DP used its majority to railroad controversial bills through the National Assembly to protect tenants by restricting landlords’ rights. The administration approved the new laws at an emergency cabinet meeting the next day. The new laws took effect immediately, on July 31, 2020.

Cho has been serving as the ruling party’s chief negotiator on the Land, Infrastructure and Transportation Committee, which was in charge of the rent control measures, since July 2020.

According to the new laws, tenants were guaranteed renewal of rent contracts for two years after existing two-year leases ended. A 5-percent cap on rent increases and a mandatory reporting of rental rates to the government were also made law. The new rent control laws covered all kinds of rental contracts, including jeonse. 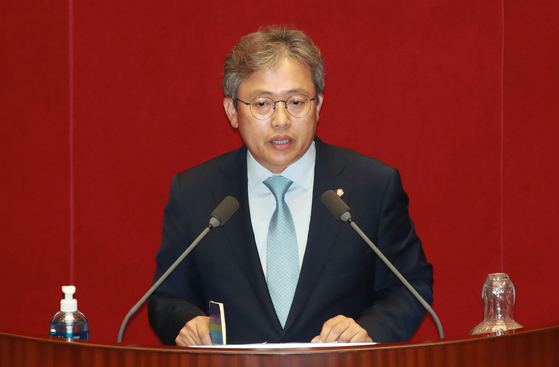 In this file photo, Rep. Song Ki-hun of the Democratic Party speaks at the National Assembly's plenary session to support the rent control bills before voting on July 30, 2020. [YONHAP]


DP lawmaker, Rep. Song Ki-hun, also increased the jeonse deposit for an apartment his wife owns in Mok-dong, Yangcheon District, from 530 million won to 670 million won — or by 26 percent. Song said the contract was signed in December 2019 and has nothing to do with the rent control laws because the lease was signed with a new tenant.

Rep. Kim Hong-gul, who was forced to give up his DP membership over a real estate speculation scandal last September, had voted for the rent control bills. He, however, raised the jeonse deposit of his apartment in Gangnam District from 600 million won to 1.05 billion won, or by 61 percent, in August last year when he signed a contract with a new tenant.

While it was not illegal for Kim to increase the rent by 61 percent, the practice drew criticism for the lawmaker’s apparent hypocrisy.

Opposition lawmaker Rep. Joo Ho-young, floor leader of the main opposition PPP who also opposed the rent control measures, increased the jeonse deposit for his own apartment in Seocho District from 430 million won to 530 million won, or by 23.3 percent. Joo said the contract was renewed in May last year.

When the DP passed the rent control bills, the main opposition party boycotted the voting session in protest of the measures.

The practice of hiking the rent ahead of the introduction of the new rent control laws has already costed a top presidential aide’s job. On Monday, President Moon Jae-jin fired his policy chief Kim Sang-jo for increasing the rent on his property by 14 percent just two days before the new laws went into effect.

A civic group said Tuesday that it has filed a criminal complaint to the police to investigate Kim on charges of abusing his power of office to use confidential information for private gains.

A group of aspiring lawyers said Tuesday that it filed the complaint to the police's National Office of Investigation to investigate Kim for a suspected violation of the Act on the Prevention of Corruption and the Establishment and Management of the Anti-Corruption and Civil Rights Commission.

According to Clause 1 of Article 86 of the anti-corruption law, a public official is punishable by imprisonment with labor for up to seven years or by a fine up to 70 million won if he or she exploits confidential information obtained while serving a public office and makes a profit.

The civic group said the administration held an emergency cabinet meeting to start the rent control measures one day after their passages at the National Assembly. “There is a high possibility that the Blue House treated the scheduling as confidential information at the time,” it said. “Kim was the presidential chief of policy who oversaw state affairs in general when he increased the rent. He must have known that the rent control bills would be passed and quickly implemented.”