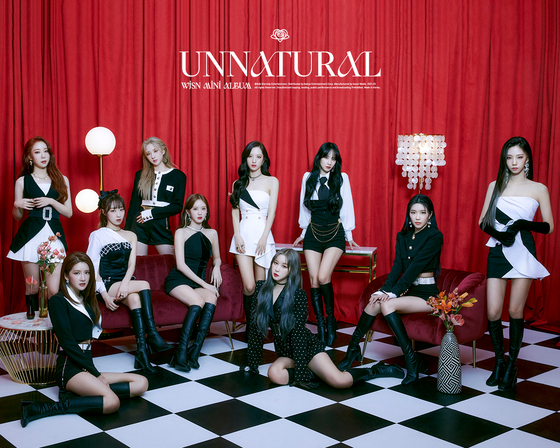 
K-pop girl group Cosmic Girls, also known as WJSN, is dropping a new EP “Unnatural” this evening at 6 p.m. It’s the 10-member girl group’s first activity together in nine months as the members have been busy doing their own thing, some working in units and some focusing on their acting careers.

According to Starship Entertainment on Wednesday, “Unnatural” consists of songs in which the “cosmic girls in love sing with a burning heart but a cold expression.”

“Unnatural” consists of six songs in total including “Last Dance,” “Super Moon,” “New Me” and “Yalla.”

Member Exy, who has rapped on almost all the group's songs since its debut took part in writing some of the lyrics for the songs on the EP.

Meanwhile, fans of Cosmic Girls were angered when the group's “M Countdown” performance to introduce “Unnatural” on April 1 was canceled by the cable channel Mnet.

Cosmic Girls was removed from the “M Countdown” lineup on Wednesday morning, causing fans to speculate that Mnet is trying to retaliate against Starship Entertainment after the entertainment agency rejected the cable channel’s invitation to have Monsta X, a boy band it manages, appear on its new music survival show “Kingdom: Legendary War.”

However, Mnet released a statement Wednesday denying the speculation.

It said Cosmic Girls had to be removed from the lineup after Starship Entertainment “requested the girls to perform two songs but due to shortened running time this week, we could not accommodate their request. Then the agency said they will perform next time.”