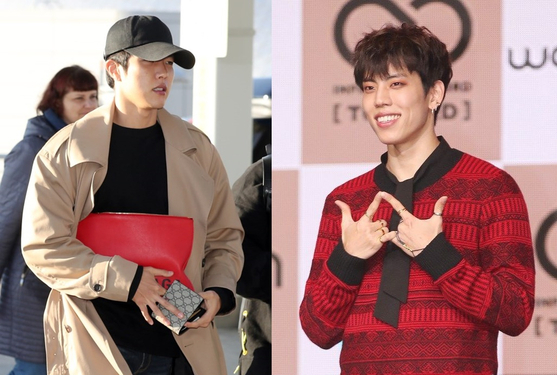 
Infinite members Jang Dong-woo and Lee Seong-yeol will not be extending their Woollim Entertainment contracts, which expire today, the agency announced.

Infinite leader Kim Seong-gyu's contract came to an end on March 29. His digital single "Won't Forget You," released on the same day, was his final release with the agency.

Infinite made a debut as a seven-member boy band in 2010 with "First Invasion." But since Hoya's departure in 2017, the band has been a six-member group. Member L also left the agency when his contract expired in 2019 and is currently serving his mandatory military service in the Marine Corps.

Despite four members leaving the management agency, Infinite reassured fans that they are not breaking up.

Infinite members have been active as solo artists, with digital singles and Eps. The group has not released any songs together since "Top Seed," their third full-length album, in 2018.