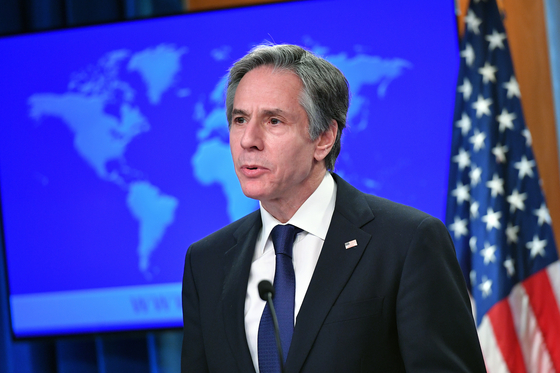 
The United States will hold North Korea accountable for its “egregious human rights violations,” an issue that will be a key part of the Joe Biden administration’s overarching policy toward Pyongyang, said a U.S. diplomat Tuesday as the State Department revealed its annual human rights country reports.

Lisa Peterson, the acting assistant secretary in the department’s Bureau of Democracy, Human Rights and Labor, said in a press briefing in Washington, “The State Department, together with the interagency, is currently undergoing a North Korea policy review process, and human rights will remain an indispensable component of our overall policy towards the North Korean government.”

The Biden administration has signaled that it will prioritize addressing the human rights violations in North Korea alongside the denuclearization issue, a matter Pyongyang has responded sensitively to.

The report on North Korea described that the “internal security apparatus” in North Korea includes the ministries of Social Security and State Security and the Military Security Command, and that a “systematic and intentional overlap of powers and responsibilities” existed to assure that each unit keeps checks and balances over the other, preventing a substantial consolidating power.

The report said that members of these security forces “committed numerous abuses,” and added that the North Korean government “took no credible steps to prosecute officials who committed human rights abuses.”

Peterson in the briefing also addressed South Korea’s anti-leaflet bill passed which banned the sending of propaganda leaflets across the border into North Korea, stressing Washington will continue to “campaign” for the free flow of information into Pyongyang.

The amendment to the Development of Inter-Korean Relations Act, passed by the South Korean National Assembly last December, went into effect Tuesday. The revision stipulates a prison sentence of up to three years, or a fine of up to 30 million won ($27,400), for distributing items like leaflets, printouts, money or electronic storage devices to North Korea through the inter-Korean border.

Seoul has argued that the anti-leaflet act aims to defend the lives and safety of people living near the inter-Korean border, while defectors and human rights activists have said the new law could hinder freedom of expression and efforts toward the dissemination of information into the North.

Peterson said Washington will “continue to work with our partners in the [nongovernmental organization] community and in other countries to promote North Koreans’ access to information.”

The State Department’s latest report on South Korea called “criminalizing the sending of leaflets and other materials into North Korea,” a “significant human rights issue” and a restriction of the freedom of expression.

Other South Korean human rights issues listed were the “existence of criminal libel laws; corruption; and laws criminalizing consensual same-sex sexual conduct between adults in the military.” It added that the South Korean government “took steps to prosecute officials who committed abuses.”

It lists cases of alleged corruption by former Justice Minister Cho Kuk, who was indicted by prosecutors in December 2019 on charges of receiving bribes, graft, abuse of power and violating the ethics code of public servants.

The report also covers the indictment of ruling Democratic Party Rep. Yoon Mee-hyang, former head of a civic group championing victims of wartime sexual slavery, who is accused of misuse of funds meant for "comfort women" victims. Yoon was indicted last September on charges of fraud, embezzlement and dereliction of duty during her time as the longtime head of the Korean Council for Justice and Remembrance for the Issues of Military Sexual Slavery by Japan.

The report noted an “improvement in the country’s level of corruption since 2017, particularly in the government’s capacity to prevent civil servants from abusing their posts” and a “reduction of corruption in the political sector,” however found that “the degree of corruption in public-sector economic activities had not improved.”

U.S. Secretary of State Antony Blinken in a press conference on March 19 during his visit to Seoul stressed U.S. commitment to “improving the lives” of North Koreans as they “continue to suffer widespread and systematic abuses at the hands of their repressive government.”

His remarks made in Seoul were seen by analysts as putting pressure on South Korea to also partake in such efforts to address the rights issue.

“President Biden has committed to putting human rights back at the center of American foreign policy,” said Blinken in a press briefing on the release of the State Department rights report Tuesday. “We will bring to bear all the tools of our diplomacy to defend human rights and hold accountable perpetrators of abuse.”