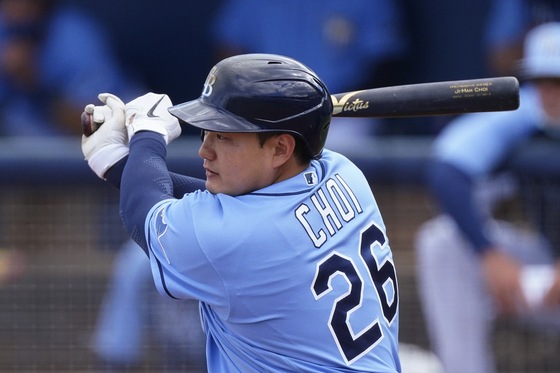 Choi was due to undergo arthroscopic surgery on his right knee on Wednesday, or Thursday in Korea. The club expects to have a better idea of how long the slugger will spend in recovery after the surgery, when they know what the issue is.

“I don’t think anything has been totally defined on, ‘Here’s the issue,’” Cash was quoted as saying on MLB.com. “We know there is an issue, so until they go in and check it out, I [don’t] think we’ll have the best sense.”

Choi struggled with knee pain since the beginning of spring training, ultimately sitting out ten days in mid-March. Last week it looked like that might have been enough, with the Korean star returning to training and taking a few swings, but at the start of this week Choi was once again in pain and the Rays decided to take the next step.

The 2021 MLB season begins on Thursday and Choi would have been expected to join the lineup for the opening game against the Miami Marlins. With Choi out, the Rays reportedly plan to use Yoshi Tsutsugo and Yandy Díaz at first base.


“We’re going to really need Ji-Man to work hard throughout the rehab process, while he’s rehabbing his knee, to get the rest of his body in as good a shape as possible to speed that up so we can see him back on the field, in the lineup for us quickly,” Cash said.

Kim Kwang-hyun of the St. Louis Cardinals will also start the season on the injured list after struggling with back tightness throughout spring training.

Taking one for the team

Don’t call it a comeback