Born in the United States to a Russian father and Korean mother, Alexaundra Christine Schneiderman debuted in Korea as singer AleXa in 2019. She had never lived in Korea before and spoke no Korean. She was drawn to her mother’s home country by her love of dancing, singing and expressing herself, as well as “some work of fate or destiny.”

“I started doing dance classes when I was two years old,” she told the Korea JoongAng Daily in an interview held earlier this week. “When I was in high school, I did competitive show choir. In college, my major was actually musical theater. So singing and dancing has always been something I was passionate about. And I got into K-pop around 2008 and ever since then, I’ve had this dream of, ‘Oh, I want to do this too.’ So for many years, it’s been my dream.”

What brought AleXa to Korea — and to her K-pop stardom — was winning Soompi’s Rising Legends audition program in 2017 and coming to the country to participate in the “Legendary: Making of a K-pop Star” TV show as the champion, where she met industry insiders and experts as a K-pop hopeful. She was soon scouted to ZB Labels, a subsidiary of Korean music video production company Zanybros, and participated in “Produce 48,” the third season of cable channel Mnet’s “Produce” K-pop audition franchise that aired in 2018. 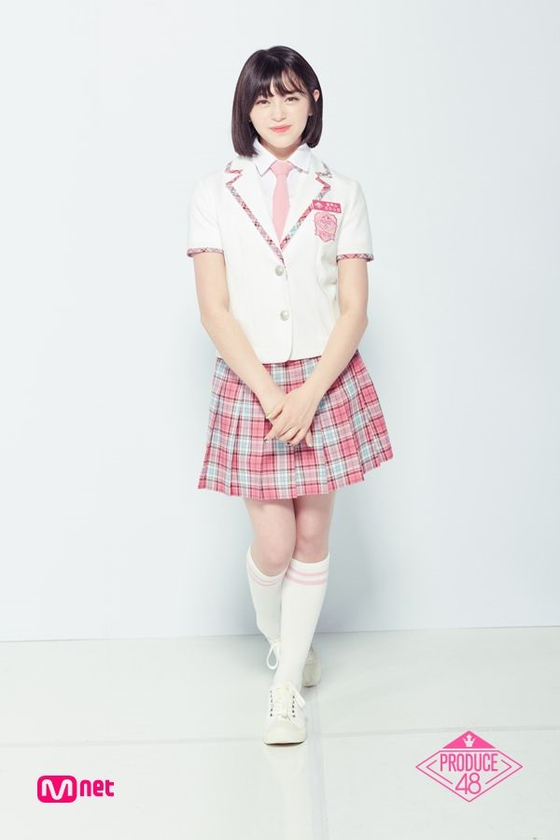 
“When I first came to Korea for ‘Produce,’ at that time, I didn’t speak any Korean aside from ‘annyeong haseyo’ [hello] or ‘kamsahammida’ [thank you],” she said shyly, explaining that even though she has been studying Korean for two years, the language seems to get more difficult the more she learns. Though she did not make it to the final rounds, she said that “Produce 48” was an opportunity to learn from her peers, the teachers and the stars who had come before her.

“The teachers were very nice, very understanding toward me and very helpful. I learned a lot from a lot of the other girls that were on the show, especially my eonni [older girls], some of the girls that had already debuted before — they gave me pointers about how to present yourself on stage. So there was a lot that I learned that I took away from 'Produce.’”

After “Produce 48,” AleXa debuted in October 2019 with her dance track “Bomb.” The dystopic future concept was a rare one not just for a female soloist but for any K-pop act, where fictional backgrounds tend to refrain from sci-fi themes and genres can be narrowed down to love or breakup songs. She held on to her powerful future-warrior concept, as seen in “A.I Trooper” (2020),” “Do Or Die” (2020), “Villain” (2020) and “Revolution” (2020). She’s been rocking the stage with her bold look, but beneath the makeup and costumes AleXa wears is Alex, a nervous small-town girl, as she described herself during “Produce 48.” 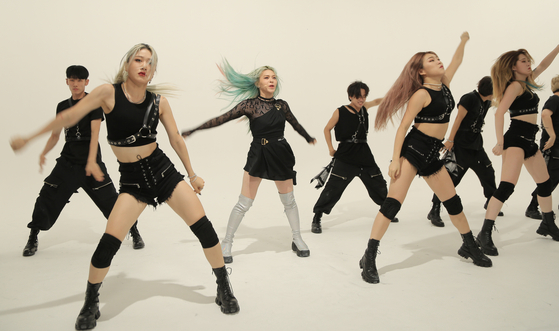 AleXa performs her dance track ″Revolution″ during an online showcase held on the day of the release of EP ″Decoherence″ on Oct. 21, 2020. [ZB LABEL]


“The only difference now is that I’m no longer just Alex [...] the AleXa half of me also exists,” she said. “AleXa, she’s more confident and she knows what she’s doing. Alex, not so much. But I guess Alex is a normal person who knows what she wants. She has the drive to it. She’s confident. But when she slips on that AleXa jacket, it gives her this impenetrable armor of, ‘Nobody can touch me, I’m going to do my job to the best of my ability and I don’t care what others think.’”

Although she wasn't proficient in Korean, AleXa felt that shouldn’t hold her back from debuting. She is fond of diverse cultures and their music and has already learned Spanish, Mandarin Chinese and some Japanese.

AleXa's mother was raised in Korea until the age of five and was then adopted by a family in the United States. She's spent years looking for her biological family.

“It’s been a very complicated process with little turn of fortune, unfortunately,” she said. “But I think that in me, winding up back in my mother’s country, learning her language now, it’s some weird twist of fate, I suppose. I’m hoping, one of my largest goals as an artist is, through my work, if I do become known well enough in Korea that somehow, some family member will look back and realize that is our child, or niece, or sister or whoever.” 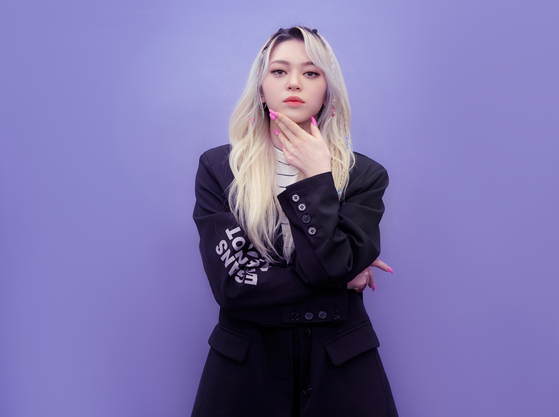 Singer AleXa poses for photos after an interview with the Korea JoongAng Daily. [JEON TAE-GYU]


Growing up in the town of Tulsa, Oklahoma, she was used to hearing stories of second and third-generation Korean immigrants. Having witnessed how “the different generations of Korean immigrants or adoptees are affecting my generation” and experienced racism herself, AleXa thought it was important to make her voice heard during the recent #stopasianhate online movement.

In the world of K-pop, it is often the case that stars refrain from speaking on political issues to try and avoid causing offense or creating a stir. But when asked whether being a K-pop star has made it difficult for her to show her stance, she said it wasn’t “so much about being a K-pop star.”

“Growing up as a half-Korean so to say, I’ve always had this voice in the back of my mind that says, ‘Do I have the right to be offended by Asian racism?’ But growing up where I did, I was always seen as Asian and I always faced Asian racism. At the end of the day, while I’m only half, that other half is still Korean. And I’ve been affected by racism and have been offended by it. Seeing the community currently going through this — they have been going through this but now it’s only becoming more prominent in the media, unfortunately —, it does spark a lot of emotion within me. And I would really like to try to speak on these matters and let it be known that we won’t be silenced,” she said.

Before the Covid-19 pandemic, AleXa was hoping to meet with fans through concerts and possibly tour around the world. While Covid keeps her away from fans, she has found new opportunities online like many K-pop acts, but especially on short-video sharing platform TikTok. She has 363,000 followers and keeps building a larger fan base through her witty videos and cute challenges. Having the digital platform to help her reach out to fans has definitely been beneficial, she said. 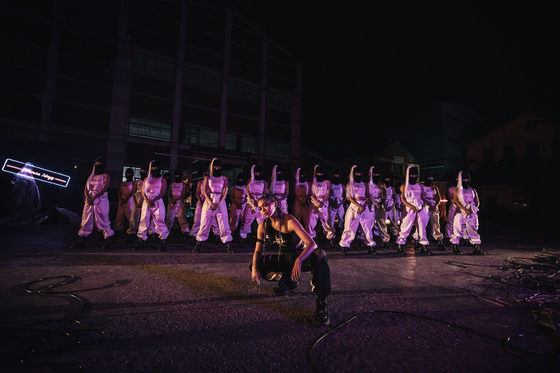 
“While on stage, I do have that kind of like powerful warrior kind of concept and in interviews, it’s more professional, on TikTok I can be a little bit zanier, a bit weirder or [try] different kinds of outfits and makeup styles that I wouldn’t commonly show on stage or during interviews,” she said.

“Everybody has a role model in their life for however many consistent years it is. But it’s so odd and scary but humbling and amazing that I’ve become a role model for other people. Because I see people whether it’s on Twitter or Instagram or Tiktok, just in my comments, saying ‘You’re my role model’ and ‘I look up to you so much.’ And it’s always such an odd feeling for me because I’ve always [been] someone that’s looked up to other people and now I’ve become the person to whom people look up. It’s very surreal."

For those people who look up to her, AleXa added, “Always stay true to yourself. Because at the end of the day, it’s a cliché, but there’s only one you and nobody can be you better than you.” 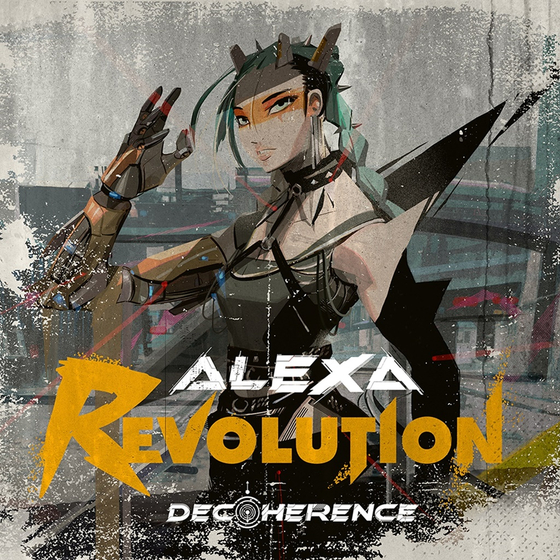 
She released her first official ballad song “Never Let You Go” in January and teased that she has new music that will be released soon, which she described as something “that has not yet been shown.”

“I will say this comeback will be very different from the usual AleXa. It’s going to be a much brighter, dare I say, bubblier side that has not yet been shown. So I hope that this helps to diversify the AleXa image,” she said.”

“There’s definitely new content in the work. Things will be coming up very soon and if things all go according to plan, I will hopefully see everyone when the weather gets warmer."