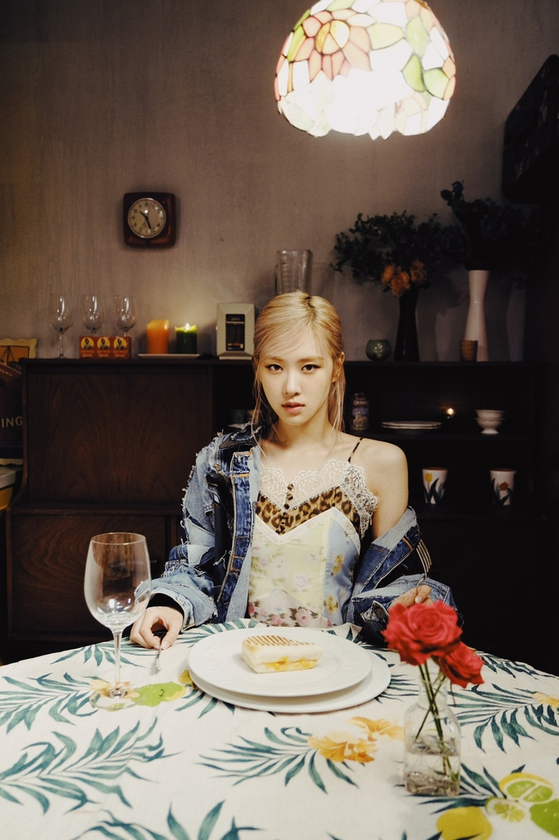 
Rosé of Blackpink will release the music video for her track “Gone” from her first solo album “R” on Monday.

Her agency YG Entertainment uploaded a poster for the music video on its blog and announced the video will be released via YouTube.

In “Gone,” Rosé sings about getting over heartbreak, relying on her voice to convey the emotions with a simple backing track of guitar.

The music video for title track “On The Ground” hit 39 million views just a day after its release, setting a new record for the most YouTube views in 24 hours by a K-pop artist. The song climbed to No. 70 on Billboard’s main single chart and No. 43 on the Britain's official singles chart top 100.

The album also set a new record for its first-week sales, which amounted to over 440,000 copies, the highest ever for any female K-pop soloist.