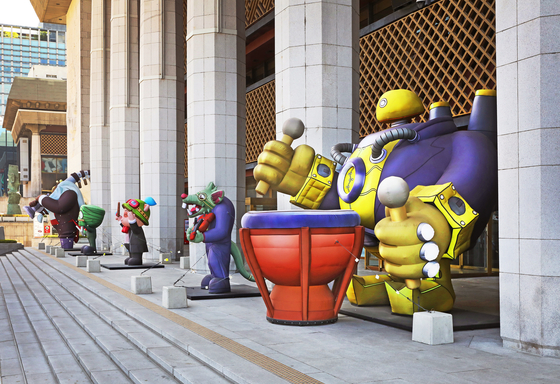 
Some strange creatures have taken up residence outside the Sejong Center for the Performing Arts in central Seoul.

Five balloon installations of the strange creatures playing different instruments stand outside the building. For those unacquainted with the world of video gaming, they are the champions — or characters — within popular video game League of Legends (LOL) and are on display ahead of the upcoming orchestra concert “League of Legend Live: The Orchestra” set to take place on Friday and Saturday.

Sejong Center’s game-based classical music performance conveys the story and energy of the popular game LOL, reinterpreted by the hands of Korea’s esteemed performing arts center and played by the KBS Symphony Orchestra and the Seoul Metropolitan Youth Traditional Music Ensemble. Recitals of the game’s theme songs have been held during past LOL World Championship ceremonies and other events held by the game’s developer and publisher Riot Games, but this marks the first time the songs will take a classical twist. 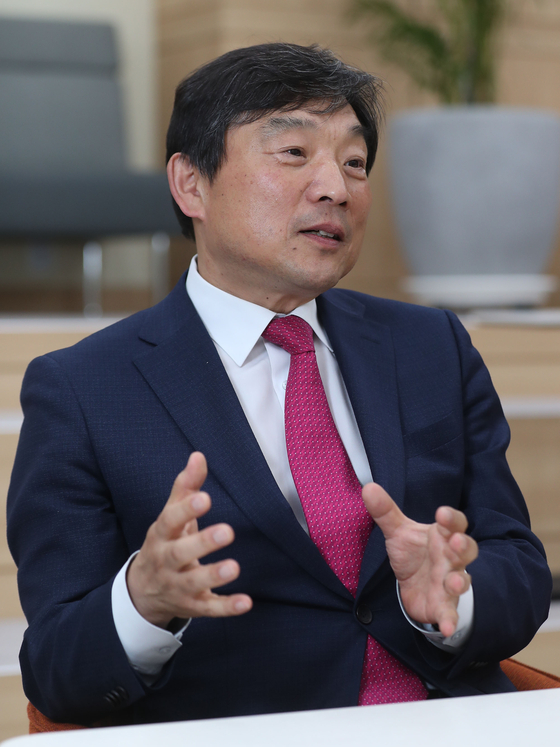 Kim Sung-kyu, the CEO of Sejong Center for the performing Arts [JOONGANG ILBO]


What led Sejong’s CEO Kim Sung-kyu to bring the gaming world into the halls of the center typically occupied by classical music and musicals was his goal to “make the Sejong Center for the Performing Arts more approachable for people who would otherwise not visit at all.” Since he was inaugurated as CEO in September 2018, Kim has endeavored to make the Sejong Center accessible, approachable and people-friendly. For the LOL concert, he started with the question, “What could bring the younger generation here?”

“When I asked younger people such as university students what their favorite game was, I got the answer that it was League of Legends,” said Kim. “There have been game-based music concerts held in the past, but they didn't see much success. I thought, if the Sejong Center was going to put on a concert about games, it would have to be the best concert about the best game. And we would have to go a step further so that it’s not just another game concert that’s been done before.”

One feature of the concert that completely disregards conventional social norms when it comes to theater etiquette is that the audience will be encouraged to use their smartphones during the performance. Kim hopes that the younger generation will feel more comfortable going to a concert. The concert aims to bring an interactive aspect into the experience and smartphones are the tool to make it happen.

Before the concert, audiences will be guided to connect to an online service that will allow them to send emojis that will be projected onto a digital panel during the performance. While phones have been considered a hindrance to a concert’s viewing experience, the production staff pointed out that those who will come to the LOL concert will likely be younger than classical music consumers and would thus feel more comfortable using their smartphones while simultaneously viewing the concert. LOL is a team game where players must readily interact with each other to bring about the best outcome and that aspect will also be featured during the concert. 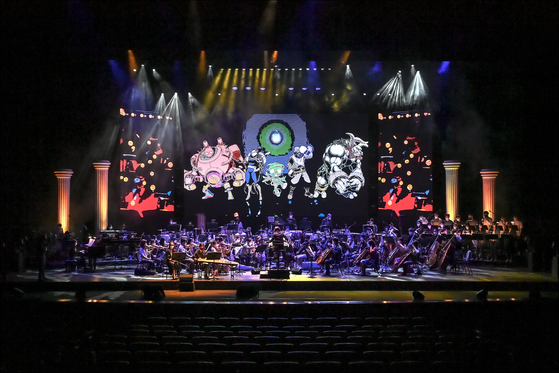 The orchestra rehearses for the upcoming ″League of Legends LIve: The Orchestra″ concert on Thursday. [SEJONG CENTER FOR THE PERFORMING ARTS]


“It’s usually the case that over half of our audience members are female,” said a member of the programming team. “For musicals, female audiences make up about 80 percent of ticket sales and 60 percent for classical music or ballet. For this concert, 60 percent are male. It’s rare for a music concert to see more male audience members than female and we think that a new audience pool will be more welcoming toward a new concert experience. Hopefully, it will open up their minds to concerts in general and lead to more consumption in the future.”

The concert will be divided into two parts — Act 1 will be LOL theme songs and in-game music interpreted through classical music and Act 2 will focus on the rock sounds of the original music. Musical actors Yuria and Lee Chan-dong will take the lead in vocals backed up by a chorus of 16 opera singers. Conductor Sol Chin will take the podium. She has been widely known as “the game music conductor,” thanks to her experience leading the “World of Warcraft: Live Concert” at the KBS Hall in 2019 and the “Starcraft Live Concert” at the Sejong Center in 2019.

Cinematic videos created by Riot Games will also be played along with the music. The 100-minute concert will begin with “Awaken” (2019) to arouse the senses of the audience. Popular theme song “Warriors” (2020) will be played in Act 2 and the show will finish with the “Worlds 2020 Orchestral Theme.” Audiences are recommended to read up on the background story of LOL and its champions before coming to the concert, especially on Braum, Amumu, Nami, Quinn and Taliyah, whose theme songs will make up Act 1. 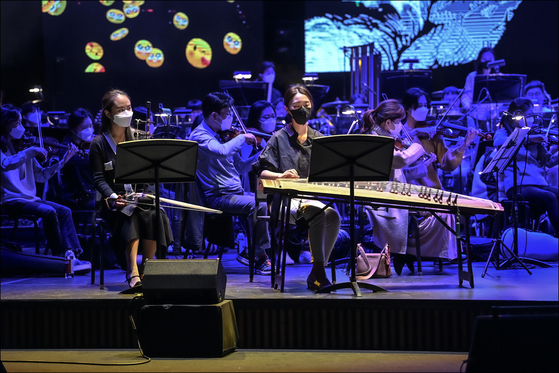 The orchestra rehearses for the upcoming ″League of Legends LIve: The Orchestra″ concert on Thursday. [SEJONG CENTER FOR THE PERFORMING ARTS]

The poster image for the ″League of Legends Live: The Orchestra″ concert [SEJONG CENTER FOR THE PERFORMING ARTS]


To enjoy the concert to the fullest, audiences are recommended to come earlier to roam around the booths prepared by Riot Games outside the main hall. Photo zones will be set up as well as “an extensive large-scale merchandise store,” according to the producers, to make visitors feel like they've stepped into the world of LOL. Famed cosplayers have been invited to heighten the mood.

“I hope that the Sejong Center for the Performing Arts becomes the first in writing new rules for concert viewing experiences,” said CEO Kim. “Chamber music may need us to be quiet while the music is being played, but must that be the case for film concerts, rock concerts and pop bands? And why should we refrain from presenting certain genres of music just because it ‘doesn’t seem right for a performing arts center?' It’s the quality of the performance that determines whether it’s suitable or not for an arts center, not what it’s about.”

Tickets for both days of the concert have already sold out. Those who have not gotten their hands on a ticket can book a seat at one of Megabox’s nation-wide branches where the concert will be live-streamed from 5 p.m. on Saturday. Details can be found at the official LOL website, kr.leagueoflegends.com. Those who take pictures next to the balloon installations outside the Sejong Center and upload them on social media will be given a free game item.