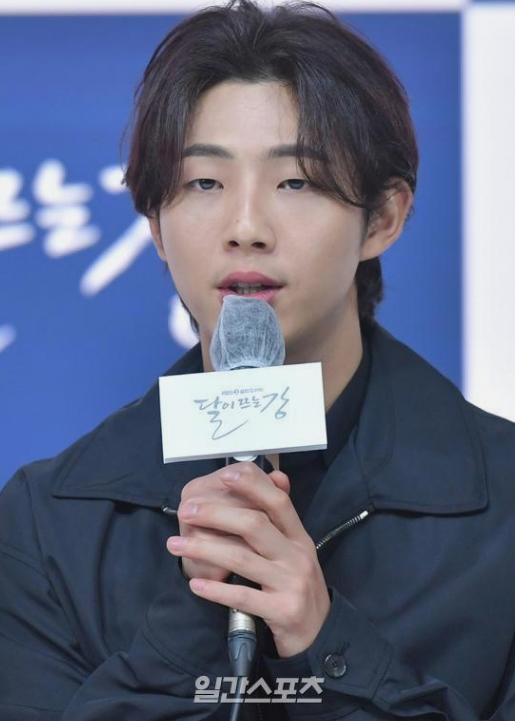 Actor Jisoo was accused of being a school bully during his middle school days. [ILGAN SPORTS]


The production company of KBS 2TV's ongoing drama series "River Where the Moon Rises" filed a lawsuit against actor Jisoo's agency to demand compensation for the damages incurred by the actor stepping down mid-production after he was found to have bullied his peers during his middle and high school years.

According to drama production company Victory Contents, it has filed for compensation of 3 billion won ($2.6 million) from Jisoo's agency Keyeast to recoup the cost of finding a new lead actor and other related damages.

The company filed through its legal attorney WeAdvise at the Seoul Central District Court.

"The drama had been shot in advance and so when the rumors against Jisoo were made, shooting was almost finished," said Victory Contents.

"But when we had to replace the actor, we had no choice but to reshoot the scenes after he was replaced."

"River Where the Moon Rises" was a tentpole drama — a term that refers to films or dramas that are expected to perform well and even cover for other works' lack of success — for KBS and cost more than 20 billion won to film, and thus meant the damages were greater than would have been for any other works, according to Victory Contents.

"We suffered from both direct damages such as labor costs, equipment and location costs, performance fees and others as well as [indirect damages] such as lowered viewership, claims from overseas clients, estimated income decrease and company reputation damages, which could further damage us in the future," the company said.

"We wished to settle things amicably but we resorted to a lawsuit due to Keyeast's failure to cooperate."

While Keyeast agreed to compensation and sent a letter of agreement to Victory Contents, it argued that the amount demanded by Victory Contents does not make sense and asked to see a bill of costs actually spent.

"It is not true that we failed to cooperate, as Victory Contents argues," said Keyeast. "Nevertheless, we are sorry to have failed to reach an amicable agreement and we vow to give our best to solve the situation."