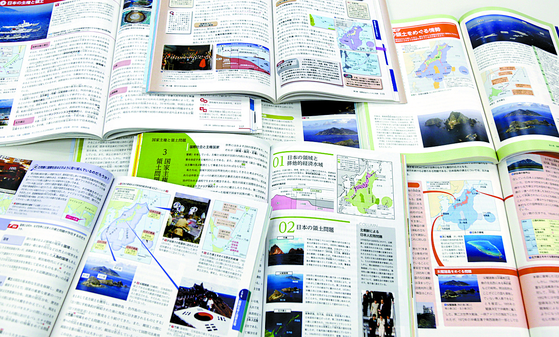 It was not just Koreans who got furious over Japan’s textbook approval results announced on March 30. The next day, I was surprised to read the top story and editorial on Sankei, which generally represents Japan’s rightist views. Why was the Sankei Shimbun so angry when all 30 kinds of social studies textbooks included the unreasonable claim that the Dokdo islets are Japanese territory? The rightist newspaper wrote that most history textbooks that passed the approval showed increasingly self-tormenting tendencies, for example, discussing the wartime sexual slavery.

According to the paper, among 27 world history and Japanese history textbooks that high school students use today, only 11 of them include the sex slaves. However, nine out of 12 general history textbooks that have just passed the approval mention the “comfort women,” said the paper. Sankei’s interpretation is in sharp contrast with experts who claim that comfort women content have decreased and lacked substance after world history and Japanese history were combined into general history.

What’s more interesting is the expression, “self-tormenting historical perspective.” I was impressed by former Prime Minister Shinzo Abe’s word coining skill, such as “three arrows” in economic policy or “Fukushima under control.” But the most widely used expression he created may be the “self-tormenting historical perspective.” That’s an argument that Japan perceives its history negatively.

One of the triumphs Sankei addressed in the textbook approval was the middle school history textbook from Jiyusha. Japanese Society for History Textbook Reform, a rightist group related to Abe, participated in the publication. Last year, the textbook did not pass the approval.

After the textbook was revised and authorized this year, it shows what a textbook that does not fall into a “self-tormenting historical view” should be like. The Japanese invasion of Korea in 1592 was described as “military campaign” in Joseon, and the Pacific War was referred to as the Greater East Asia War, which is a taboo even in Japan.

It includes detailed distortions, such as describing the colonial policy of forcing Koreans to change their names in an attempt to give Japanese names to Koreans. Fortunately, nearly no school selected the far-rightist textbook. But it is still shocking that these contents could pass the screening.

Rather than looking at a fake self through multiple filters and claiming to be “flawless,” “self-torment” is far healthier. It is based on the humility to repent faults and become a better self. The same goes for the view on history. In retrospect, Japan in the days that made history textbooks based on what they called a “self-tormenting view” had more things to learn from today’s Japan.