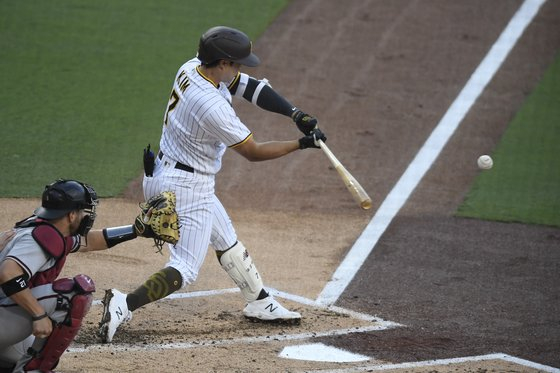 San Diego Padres' Korean infielder Kim Ha-seong on Sunday gets the start at second base and bats sixth at Petco Park against the Arizona Diamonds, picking up his very first MLB hit and RBI. Last December, Kim signed a four-year contract with the Padres after successful seasons in the KBO, mostly as a shortstop. He is now a utility man for the Padres, seeing action in four different positions during spring: Second base, shortstop, third base and left field. [AP/YONHAP]