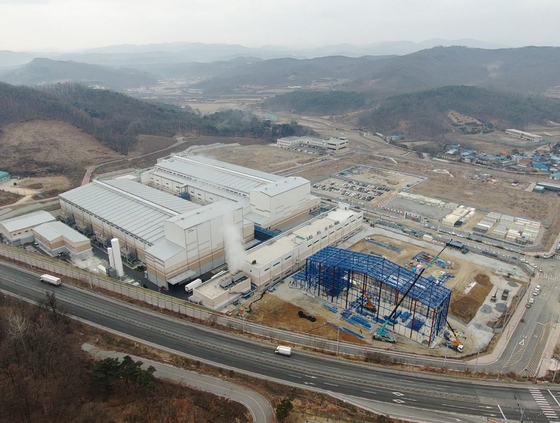 Anodes going into Ultium Cells will be manufactured at Posco Chemical's factory in Sejong.

Posco Chemical's anodes, according to the company, use natural graphite to lower cost. Proprietary technology has also been used to extend the life of the cells and lower the risk of expansion.

The announcement follows a supply deal last year where Posco Chemical was selected as the cathodes supplier for the GM-LG joint venture.

"The latest deal was possible due to Posco Group's continuous research and development, expansion in manufacturing capacity and investment in material," said Jung Dae-hun, head of Energy Material Business Unit at Posco Chemical.

"With the start of the EV era, [Posco Chemical] will fortify its leading stance in the battery material industry."

Posco Chemical runs a cathode factory in Gwangyang and an anode factory in Sejong. The chemical company, 61 percent owned by steelmaker Posco, aims to produce 400,000 tons of cathodes and 260,000 tons of anodes by 2030 and for a 20 percent share in the battery material market.