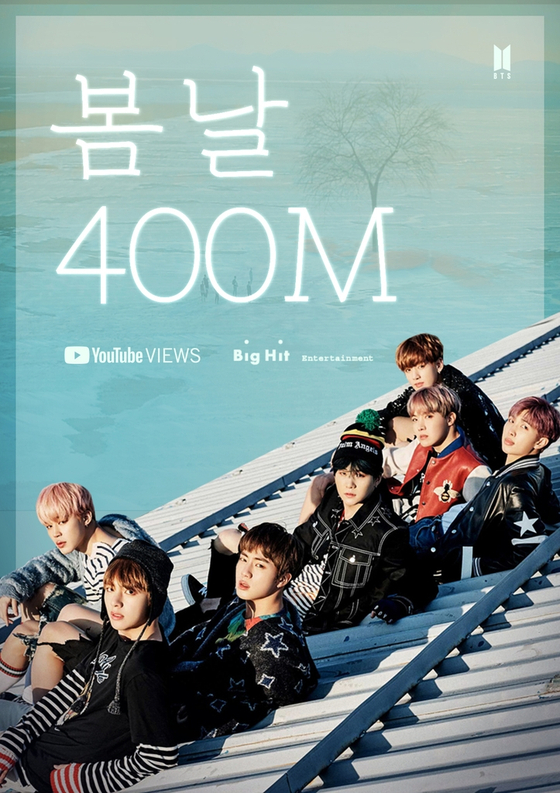 
The music video for BTS’s “Spring Day” surpassed 400 million views on YouTube as of Monday.

The song was first released in February 2017 as the lead track of the album “You Never Walk Alone.” It is the 11th music video of BTS’s to be streamed more than 400 million times.

The song is about waiting for to meet up with a friend without losing hope and is known to be based on the personal experiences of members RM and Suga.

The group has a total of 31 music videos that have been streamed more than 100 million times.