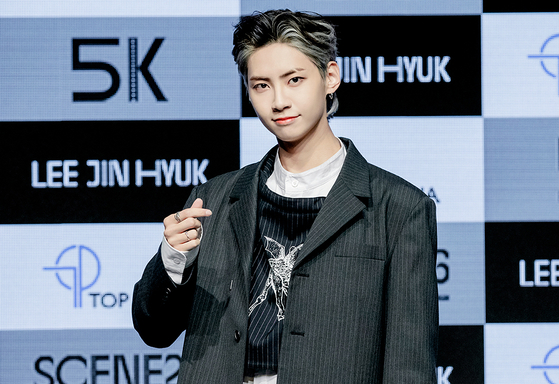 
Singer Lee Jin-hyuk, who originally debuted as part of boy band UP10TION, is making a comeback on the music scene with his new EP “Scene26” which dropped Monday at 6 p.m.

The singer, who’s been active appearing on entertainment shows, dramas and musicals, held an online showcase on Monday to signal to signal his return as a soloist.

The new EP shows a more mature side of the 26-year-old through seven songs including “Silence,” “Asteroid,” “5K” and “HATI-HATI.”

“I’m 26 this year, and if my life was to be compared to a movie, this year will mark the 26th scene,” said the singer, explaining the name of EP. “The album really reflects my life.”

He said he dreams of having a hit song which can be remembered by the public for a very long time.

“I did my best to present diverse music, and I wish [people say] that this is EP that they can just listen to over and over again,” he said.