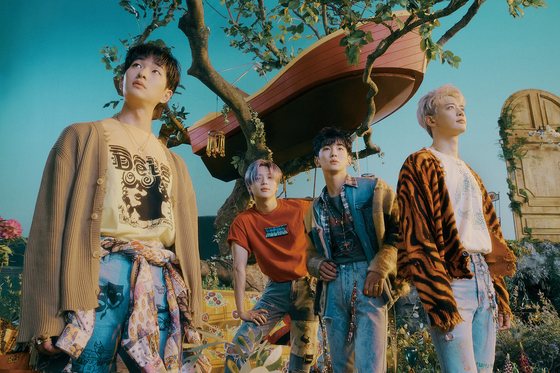 
Boy band SHINee will release a repackaged version of its seventh regular album online on April 12, according to its agency SM Entertainment.

The repackaged album is titled “Atlantis” and has a total of 12 songs. Nine are from the previously released album "Don't Call Me" while three new songs have been added including the title track “Atlantis,” “Days and Years” and “Area.” Physical copies of the album will be available from April 15.

The group performed the track “Atlantis” for the first time during the “Beyond Live—SHINee: SHINee World” online concert over the weekend, which garnered some 130,000 viewers.

It marked the band's first solo concert in three years.