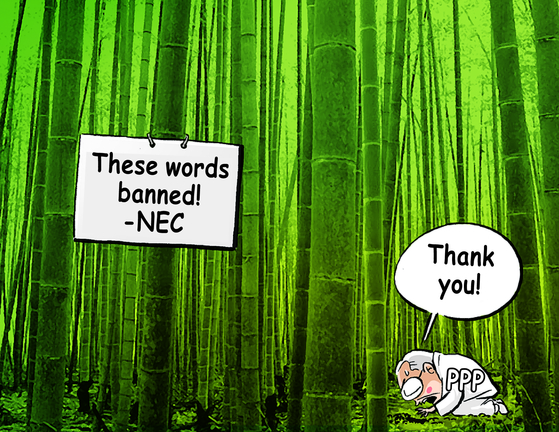 After the National Election Commission (NEC) banned the use of certain expressions ahead of the April 7 by-elections — such as “Praising itself while blaming others” — a spokesperson for the opposition People Power Party (PPP) sarcastically said, “Thank you, NEC, for confirming the identity of the ruling Democratic Party.” [PARK YONG-SEOK]