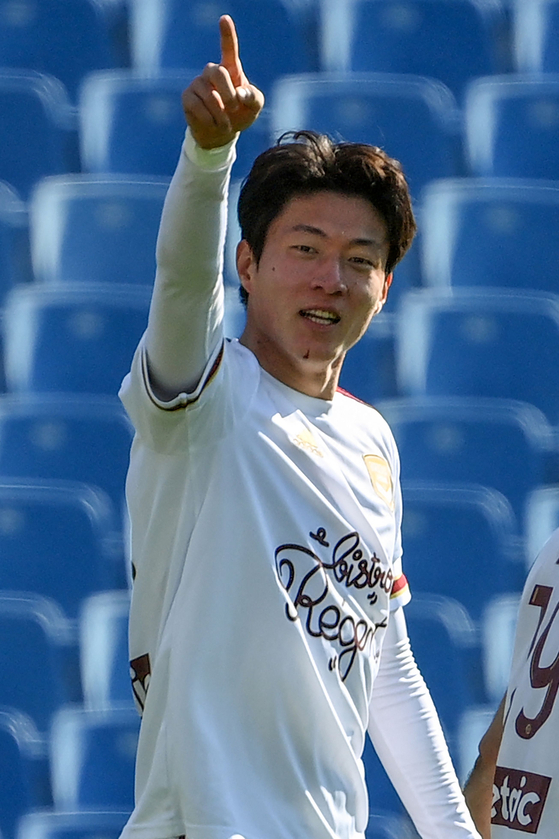 Strasbourg got off to a strong start at Nouveau Stade de Bordeaux, scoring three goals in rapid succession — in the sixth, 21st and 30th minutes — to take an early 3-0 lead.

Bordeaux's response started a few minutes later with a goal from Paul Baysse in the 36th minute. Hwang's chance came 10 minutes later when a foul gave Bordeaux a penalty and the Korean striker had no problem finding the back of the net.

Hwang stayed on into the second half, playing until the 79th minute when he was substituted off for Sékou Mara. Despite a few opportunities in the second half, neither team was able to get anything across and the game ended at 3-2 to Strasbourg.

Following the game, Bordeaux are now ranked 14th in Ligue 1, one place behind Strasbourg on goal difference.

With 10 goals so far this season, Hwang is Bordeaux's top scorer by a considerable distance. Remi Oudin, Samuel Kalu and Toma Basic are tied for second with just four goals apiece, putting Hwang way out in front.

Hwang joined Bordeaux in July 2019 on a four year deal. He scored six goals in his debut season last year, a record that he broke in early March after almost a month of silence.

With four goals scored in the last month, Hwang is now on track to break the record for the most goals scored by a Korean footballer in a single season in Ligue 1. The record is currently held by former Arsenal and AS Monaco forward Park Chu-young, who scored 12 goals for Monaco in the 2010-11 season.

There is still over a month left to play in the 2020-21 season, due to end on May 23. Hwang needs two more goals to tie or three more to break Park's record. If he can keep up the pace he's maintained over the last few weeks, that ought to be possible.