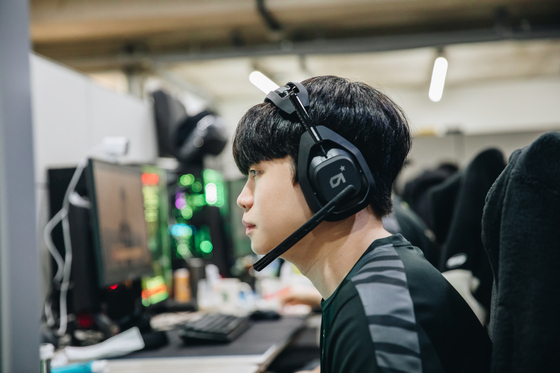 
With Kwak "Bdd" Bo-seong delivering the performance of his career, Gen.G took down T1 3-0 in the second round of the 2021 League of Legends Champions Korea Spring Split playoffs, on Sunday evening.

Both teams went into Game 1 with relatively conservative drafts, but had slightly different aims: T1 opted for a well-rounded composition with a smooth power curve, while Gen.G sacrificed some lane priority to ensure an advantage in the late game, going as far as to last-pick Ornn.

Gen.G's choice turned out to be prescient, as T1 made critical missteps and failed to properly take advantage of their edge in the early game. T1 ended up conceding both first blood and first Herald, which allowed Gen.G to stack up on Drakes and scale at leisure to a rare deathless victory.

The next game saw both sides adjusting strategies. T1 fully committed to a poke composition revolving around Zoe and Jayce; Gen.G, on the other hand, focused on securing early-game priority on the bottom half of the map with picks such as Kalista and Syndra.

The two approaches looked to be evenly matched — that is, until Bdd started turning up the heat. Landing clutch Scatter after Scatter, Bdd took complete control over the map from the midgame onward, eventually putting his team 2-0 ahead.

Bdd's night of brilliance continued in Game 3, in which both teams doubled down on their tactics from the previous game. T1 did finally manage to build up an early lead this time around, but any momentum they had was completely extinguished at 12 minutes in when Bdd solo-killed Lee "Faker" Sang-hyeok in the mid lane at a crucial moment.

T1 looked dazed afterwards, and Bdd and Co. handily closed out the series.

"I expected the match to be tough, so I'm happy about how clean we played," Bdd told the Korea JoongAng Daily after the match. "We used to trip over our feet a bit too often in the past, but recently, we've been making real progress on not getting too ahead of ourselves. We've been getting good results in scrims that way, and I think it came all out today."

During the regular season, many fans had singled out Bdd's narrow champion pool for criticism, saying that his lack of flexibility would ultimately hold his team back come playoffs — accusations which were conclusively invalidated today. Had he paid the charges any mind?

"Truthfully, I thought about it a lot, too, since there was so much talk [about the subject]," he admitted. "It's been stressful. But I knew the champions [I mainly chose] were good meta picks that complimented our team well. That's why I stuck to them — and I think today's results speak for themselves."

In reality, such assessments have always felt dubious. Bdd has adjusted his style of play multiple times over the years — playing roamers to snowball early leads on Kingzone DragonX, focusing solely on dominating lane on kt Rolster, then trying to find a balance between the two on Gen.G — and has rarely lost his footing.

"I always try to fit myself to [the team's needs] — I don't believe in sticking to one style."

While Gen.G will undoubtedly be happy to have progressed past longtime rivals T1 and are on track to end their seemingly perennial domestic title draught, they still have to defeat reigning world champions DWG KIA this Saturday. Bdd's performance against Heo "ShowMaker" Su, who is widely considered to be the best mid laner in the world, will be of prime importance.

"To be honest, I hoped we could have an offline finals — it's a shame it'll take place online, but I guess the Covid situation [makes it necessary]," Bdd said. "Regardless, I'm determined to win and make my fans proud. As long as we don't make mistakes, I think we'll definitely have a fighting chance, since all of our lanes will be able to stand our own."