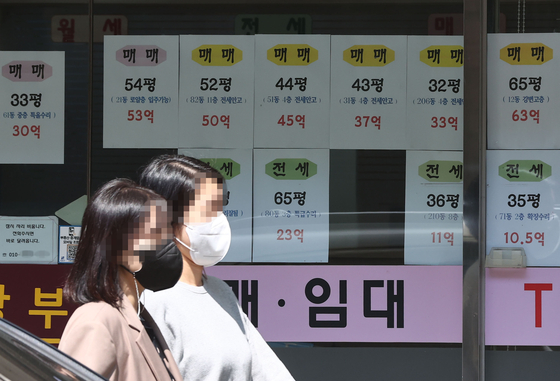 A real estate agency in Apgujeong, the most affluent neighborhood in the country, posts the price of large apartments in its window on Tuesday. According to KB Kookmin Bank, the average price of a large apartment exceeding 135 square-meter in Seoul was 2.2 billion won ($1.96 million). That’s 259 million won more than a year ago. [YONHAP]