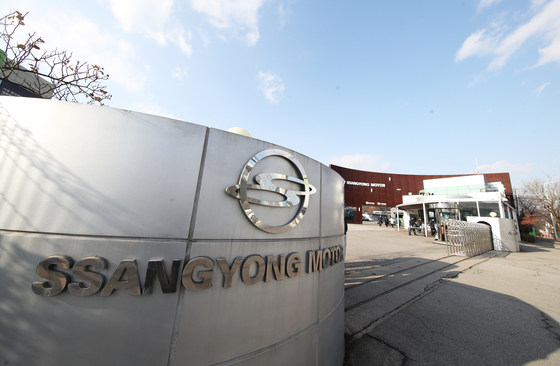 
SsangYong Motor is on the brink of going into court receivership for the second time as the bleeding automobile company failed to find a new owner.

A court-led restructuring process could start as early as this week, according to reports.

HAAH Automotive, a U.S.-based auto retailer, which was considered a potential investor since early this year, did not submit a letter of intent within the deadline set by the Seoul Bankruptcy Court, which was March 31.

The Seoul Bankruptcy Court asked the Korea Development Bank (KDB) early this month to submit an opinion on behalf of creditors as to whether they agree on SsangYong going into court receivership. The deadline for the opinion was set for April 6. The KDB is SsangYong's largest creditor.

"We weren’t able to submit the opinion yet as we are still in discussion with other main creditors on how to resolve this issue," said an official from KDB on Tuesday.

HAAH Automotive is the only investor on the horizon for SsangYong. If it doesn't come through, the company has no other option but to go into court receivership for the second time since 2009.

The Korean unit of Indian auto giant Mahindra & Mahindra filed for court receivership in December while applying for what's called an autonomous restructuring support (ARS) program, which holds off the receivership process by up to three months so a company can negotiate with creditors -- and hopefully withdraw the receivership request. The court extended the grace period for an additional month to March 31.

"The negotiation with the potential investor [HAAH Automotive] is still ongoing," said a SsangYong Motor spokesman Tuesday. "It is too early to say that the deal fell apart."

SsangYong Motor has been posting net losses every quarter since the fourth quarter of 2016. Last year alone, it posted 504.3 billion won in net losses. Its total liabilities stood at 1.9 trillion won as of end of last year