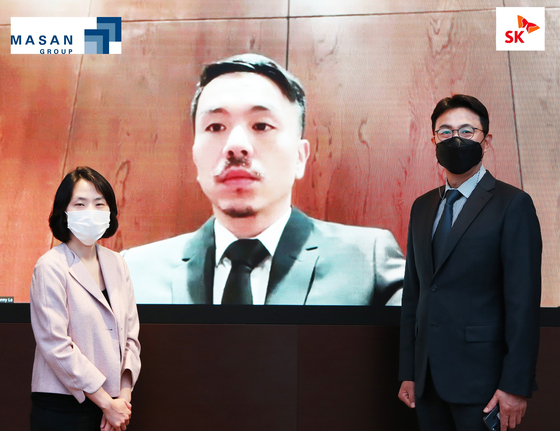 
SK Group has purchased a 16.3 percent stake in VinCommerce, an operator of supermarket and convenience stores in Vietnam, at $410 million.

According to SK, VinCommerce runs more than 2,300 brick-and-mortar stores in Vietnam and is a leading retail company with a market share of 50 percent.

“We have high expectations for VinCommerce to grow into an ‘omni-channel’ company like Alibaba and Amazon that combines online and offline retailing,” SK said in a statement. “It’s an investment in Southeast Asia’s retail value chain that’s anticipated for rapid growth.”

SK Group invested in Masan, a top operator in Vietnam’s food and beverage industry, in October 2018, and acquired a 9.5 percent stake as part of a strategic partnership. Part of the deal was that SK would be given priority rights to invest in Masan’s new businesses. In late 2019, Masan acquired an 83.7 percent stake in VinCommerce from Vingroup, another Vietnamese conglomerate.

After Masan’s merger, VinCommerce’s annual revenue grew 30 percent on year in 2020 to $1.4 billion, from $1.1 billion in 2019. Despite the revenue growth, SK was able to purchase the 16.3 percent stake at the same purchase condition as Masan did for VinCommerce in 2019, thanks to its priority rights.

SK says it also has priority rights to invest in Masan’s retail businesses in the future.

Vietnam has one of the world’s fastest growing retail industry with convenience stores and supermarkets seeing revenue growth of around 25 percent each year, SK said. Until recently, traditional markets were the most popular retail form in the country. Ecommerce remains a relatively undeveloped segment in Vietnam, but an SK spokesman said that is why its growth potential is big in the near future.

“As VinCommerce is planning a vision for online and offline retailing, we believe the value of SK’s stocks in the company will increase,” SK said in a statement.

“Now that we have a strengthened partnership with Masan Group, SK will boost strategic investments in Vietnam in areas like online, offline retailing, logistics and electronic payments.”