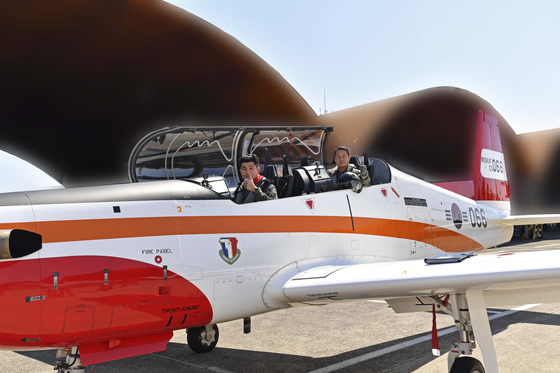 Air Force Chief of Staff Lee Seong-yong gives the thumbs up shortly before taking off to direct a training mission in a domestically-produced KT-1 aircraft at an air base in Sacheon, South Gyeongsang. Lee's flight took off on the 20th anniversary of the deployment of the KT-1. [NEWS1]