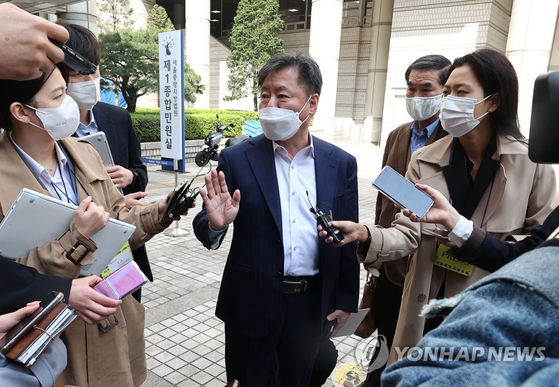 
A North Korean company has lost its lawsuit for allegedly undelivered payments for iron ore bought by a South Korean company and three other firms in the first such inter-Korean business dispute.

The Myongji Company –– a business under the auspices of the North’s National Economic Cooperation Federation, also known as Minkyongryon –– filed a lawsuit with the Seoul Central District Court in 2019 for payment from Hanchang, Hanil Chemical, Sungan F&C and Eastern Metal, alleging that they had not paid in full for 2,600 tons of iron, worth almost $6 million, purchased in February 2010.

Minkyongryon is the organization in the North through which South Korean companies conduct business with their Northern counterparts and deliver payments to them.

The co-plaintiffs were Minkyongryon and Kim Han-shin, head of the South-North Economic Cooperation Research Center. Kim was the only plaintiff who attended the trial.

Judge Kim Choon-soo, who presided over the trial at the Seoul Central District Court, acknowledged that North Korean plaintiffs had the standing to sue in the South, citing an agreement between Minkyongryon which tasked Kim Han-shin with taking up any legal disputes over payments.

However, the court took the side of the South Korean companies, who argued that they had paid Chinese intermediaries for the iron delivery from the North.

“The defendants signed their contracts with intermediaries in China and fulfilled the remaining payments to those companies,” the judge said, striking the down the North Korean company’s motion.

Myongji claimed that the main defendant, Hanchang, only paid $1.24 million — a quarter of what was owed — and argued the rest of the payment remained unaccounted for. The North Korean company demanded $89,000 in its lawsuit.

In a phone interview with the Korea JoongAng Daily, the plaintiffs’ lawyer Lee Kyung-jae said that the case demonstrated the need for better policies to facilitate and guarantee fairer inter-Korean economic relations.

“A contract is a contract, regardless of whether or not the company is North Korean or South Korean,” Lee said.

“We must look beyond ideology and stick to the basic principle of honoring agreements in order for there to be any improvement in inter-Korean relations.”

Hanchang said they paid the intermediary the deposit for the iron ore in early May 2010 and paid the remaining $4.7 million at a later date.

Speaking to reporters outside of the court after the trial, Kim Han-shin blamed the sanctions imposed on May 24, 2010, by the Lee Myung-bak administration for forcing the need for a lawsuit.

“We came to the court for relief because of the unresolved pain inflicted on North and South Korean business people by the May 24 sanctions, which have lasted 11 years,” Kim said.

“It is not right that the Unification Ministry talks about restarting inter-Korean economic cooperation without taking effective measures regarding the sanctions.”

Seoul imposed restrictions on inter-Korean trade in May 2010 following the deadly sinking of the naval corvette Cheonan, which a multinational investigation concluded was caused by a North Korean torpedo.

Concerning the main defendant, Hanchang, Kim said, “They should have delivered the money to Minkyongryon’s account, not the account of some other place.”

Han said that he plans to appeal the decision after consulting with the lawyer for the plaintiffs.