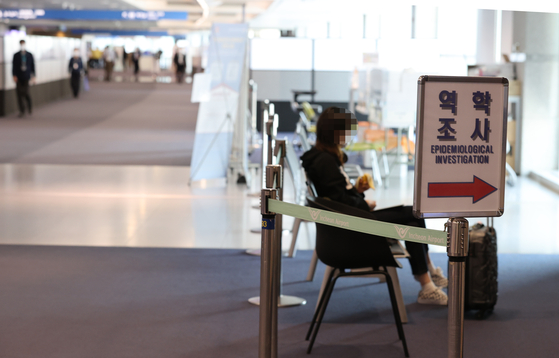 Incheon International Airport on April 6. The decline in the number of Koreans traveling abroad due to the Covid-19 pandemic helped turn the service account to a surplus for the first time in 6 years. [YONHAP]


Korea posted its 10th consecutive monthly current account surplus, with the balance reported by the central bank a positive $8.03 billion in February.

Due to travel restrictions, the service account was in the black for the first time in six years.

Exports in February grew 9.2 percent to $44.7 billion, while imports grew 12.6 percent year-on-year to $38.7 billion. It was the first double-digit growth in imports in more than two years, the last being in October 2018.

In February the goods surplus amounted to $6.05 billion. That's smaller than the $6.6 billion surplus recorded in the year-earlier period.

The service account, which has been chronically in the red, was positive for the first time since November 2014. In February, the service account was $130 million in surplus as people stayed in the country due to travel restrictions.

In February, the travel account posted a deficit. But that deficit was $130 million, which is a 62 percent drop from $340 million a year ago.

The turnaround was also affected by the transport account, which reported a $810 million surplus largely due to an increase in cargo shipped overseas as economies recovered.