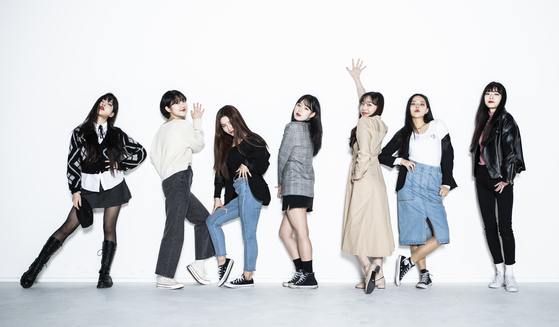 The emotions displayed by newly-debuting girl groups usually range from nervous to shy, but when seven-member girl group Azer sat down with the JoongAng Ilbo, an affiliate of the Korea JoongAng Daily, they were excited and giddy, like newly-graduated college students. And rightly so, because that’s exactly what they are.

Azer debuted with dance track “Elegante” last month. “Elegante” means “the first female in the world” in Egyptian. The seven members — Kang Yoo-kyung, Kim Min-seo, Nam Mi-jeong, Park So-yeon, Lee Jae-in, Jang Ju-yeon and Choi Eugene — are friends from Howon University’s class of '19 department of K-pop who came together to “make history as proud and confident women” according to the members.

Howon University, situated in the peaceful city of Gunsan, North Jeolla, established its K-pop department in 2019 as a part of the school’s innovation projects. The decision came after talks with professors from the division of applied music and fortunately, the results were successful. The department filled all its 30 student slots without even posting an advertisement and the program has expanded, taking on 43 students this year, as the number of applicants continues to increase. The class of 21 beat a competition ratio of 8:52 to 1. Campuses outside Seoul see less and less students each year, but not at Howon. 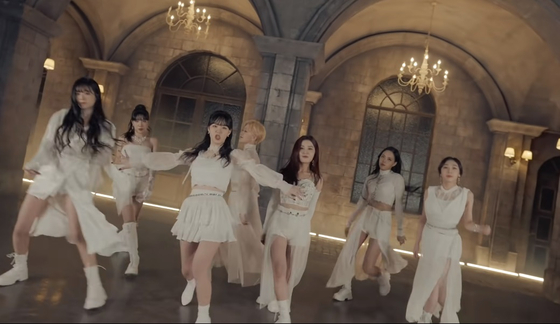 A captured image from the music video of Azer's debut track ″Elegante,″ which was released last month. [SCREEN CAPTURE]


Azer debuted without an agency, but had the backing of a veteran manager: Professor Shin Yona, who is also a member of female ballad group Big Mama. Asked why she debuted these girls, Shin answered it was “out of spite.”

“A lot of the students in our department are kids who have auditioned for agencies and even trained under them, but none of them got the chance to debut,” she said. “When they passed the age of 20, the companies don’t take care of them anymore and the kids became discouraged. As a senior of the industry and an educator, I wanted to let them know that it wasn’t over.”

The first goal wasn’t to debut a K-pop girl group, however.

“At first, we just aimed for a group that could cover other famous girl groups’ songs, but as things started to take shape, I became more ambitious,” Shin said.

Member Nam added, “I thought of it as just a year-end project that we would present in December. Nobody thought we were going to debut as a girl group.” 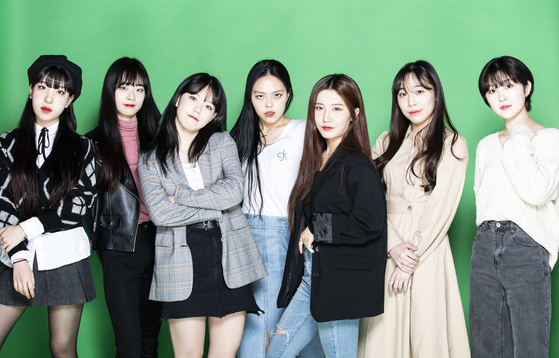 
Competing with the million-dollar entertainment agencies that smother their stars with money was no easy feat. Azer had to make do with the resources available and work to get the best outcome from the minimum price. Shin’s acquaintance wrote them a song at a “cheap” price and the choreography was put together by the hands of every student in the K-pop department. Professors took charge of the training and the members were chosen from a pool of the class of '19.

“Everyone was excellent, but a group has to ‘fit’ together to make it work. I’m just sorry to the girls who didn’t get chosen,” said Shin.

Even after their debut, the member's lives have remained relatively the same as before. They aren't put through harsh and unforgiving training regimes or deprived of their private lives. The members either live in the school dorms or apartments near the school and use their mobile phones as much as they wish. Lee and Jang still work part-time jobs. When they don’t have classes or work, they come together to practice and discuss what content they are going to film and upload on YouTube.

“We don’t get many offline performance opportunities because of Covid-19 but since we’re not part of a major entertainment agency, it benefits us,” said Kim.

In fact, even though they have not appeared on any music programs so far, the music video for the group's debut track “Elegante” has been seen over 400,000 times as of Wednesday with over 3,000 comments — mostly from outside of Korea.

“The nationality [of people who watch us] is so diverse. A Brazilian fan even asked us to come and perform for them there,” said Lee, laughing. “It’s so fun to translate the comments and read through all of them.” 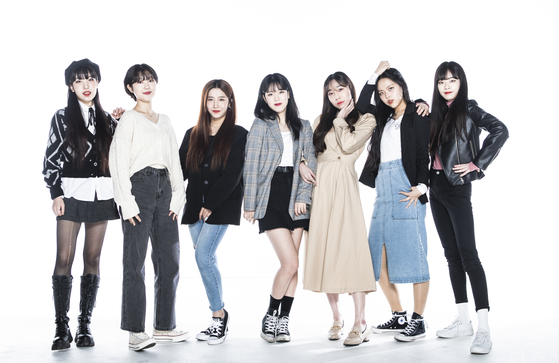 
“I think some people mistake Howondae [Howon University] as an agency,” laughed Kang.

Fortunately for the girls, their families are mostly supportive of the sudden change in their careers from students to K-pop girl group members. Park trained as part of another K-pop girl group beforehand, and said that her father told her to “Leave the house” if she was going to be a girl group. Now, he’s her No. 1 fan who shows her videos to his friends. Jang’s family also support her to the fullest.

“They even monitor the comments and tell me what they see on YouTube,” said Jang.

It may have started off as a school project, but the members admitted that debuting has spurred their desire for success even more. For now, their goal is a second music video and a performance on a television music program.

“Oh and we really want to say this,” said Choi. “If the soldiers call us [from camps], we are willing to go anywhere across the country. We’ll try even harder than [girl group] Brave Girls.”