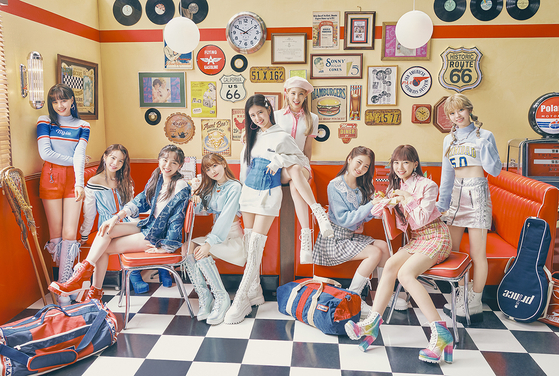 
JYP Entertainment's rookie girl group NiziU is already breaking records thanks to its latest track "Take a Picture," which became the most-streamed song on Oricon's weekly streaming chart during the week of March 29 to April 4.

According to Japan's Oricon chart, "Take a Picture," which was released on March 29, was streamed 12.5 million times, the highest ever recorded for the weekly chart.


"Take a Picture" dropped ahead of the release of the group's second EP "Take a Picture / Poppin' Shakin'" today as one of its two lead tracks.

NiziU, formed by JYP and Japan’s Sony Music Entertainment, consists of nine members who were the finalists of the music survival show “Nizi Project.” The group was trained by JYP Entertainment.