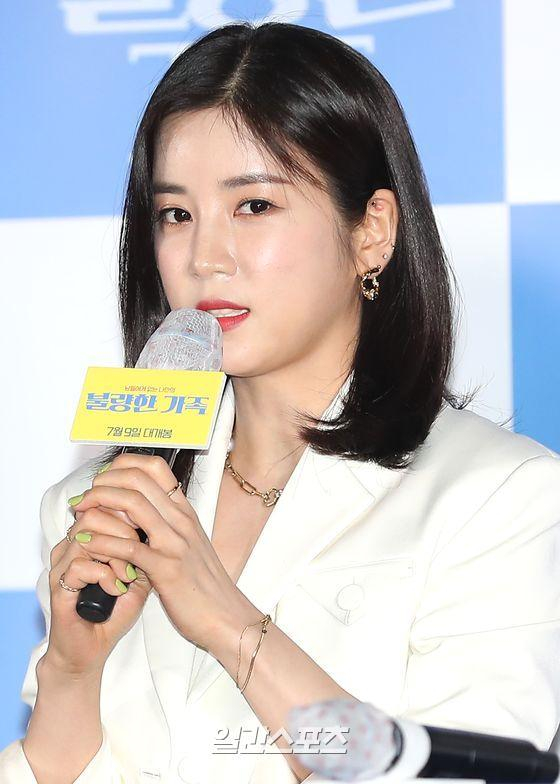 
The dispute between Park Cho-rong of girl group Apink and her childhood "friend," who has accused Park of bullying her, worsened this week with both parties accusing each other of lying.

On Wednesday, Kim — the accuser — said that she had a phone call with Park, during which Park "admitted to bullying" by saying things such as "I was angry at that time."

She also disclosed a file of the recorded phone call to local media.

"The phone call clearly shows that it wasn't just a fight between young people but that she had used violence against me," Kim said.

"She said with her own words, 'I should have talked it through [with you]."

But on Wednesday afternoon, Park's agency Play M Entertainment refuted Kim's claims and said that Park was forced to apologize because Kim was seemingly "threatening" Park on the phone.

"She mentioned parts of Park's private life that had nothing to do with the two's disagreement and we were concerned that she may do something unexpected. Park didn't ask for details but apologized," the agency said.

"The two had been acquainted in the past and because it is true that the two had conflicts, [Park] apologized regardless of any reasons but she did not admit to bullying."

The agency said that it also has recorded files of the two phone calls between Park and Kim and that they are willing to reveal them "if necessary."

On April 1, Play M Entertainment announced that it is suing Park’s childhood friend for defamation. Kim says she will also take legal action.