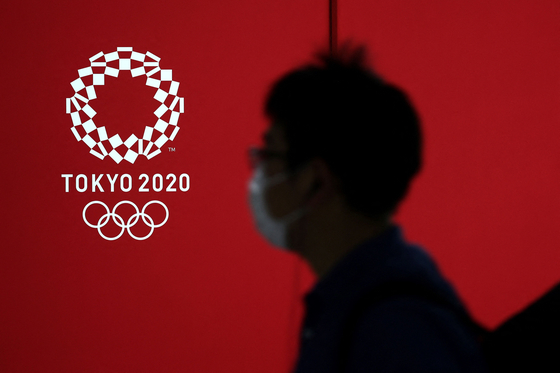 
Suga in an interview with a Japanese broadcaster Tuesday evening said that the International Olympic Committee (IOC), the Summer Olympics organizers and Tokyo metropolitan government “will sort out the situation,” indicating Japan was blindsided by North Korea’s announcement to skip the upcoming Summer Games.

North Korea’s Sports Ministry announced its decision to pull out of the Summer Games hosted by Japan from July 23 to Aug. 8 to protect its athletes from Covid-19 after a meeting of its Olympic Committee on March 25.

This would be the first Summer Games skipped by North Korea since it boycotted the 1988 Seoul Olympics. North Korea is the first country out of 206 National Olympic Committees to declare it will not participate in the Tokyo Games because of coronavirus concerns.

The IOC likewise said it has not received an official notice of withdrawal from North Korea. The IOC said it had requested times for a conference call to discuss the Covid-19 situation with North Korea, but hasn’t been able to get in touch.

Suga, however, noted the possibility that North Korea might change its mind and end up deciding to participate, saying “I believe there have been several situations like that in the past."

Seoul likewise had hoped the upcoming Summer Games would be a chance to revive dialogue with Pyongyang and jump-start the Korean Peninsula peace process again. After a period of heightened escalation on the peninsula, the PyeongChang Winter Olympics hosted by the South in 2018 led to a period of détente and paved way for a series of inter-Korean and North-U.S. summits. However, denuclearization negotiations have been at an impasse since 2019.

Suga has previously expressed his willingness to meet with North Korean leader Kim Jong-un without conditions, a policy he has inherited from his predecessor Shinzo Abe. Tokyo has pushed to resolve the issue of the abductions of Japanese nationals by North Korean agents in the 1970s and '80s.

Kim has held summits with leaders of all other six-party countries — South Korea, the United States, China and Russia — since he took office following the death of his father Kim Jong-in in late 2011.

Japan had hoped the Tokyo Olympics would be an opportunity to initiate discussion with North Korea over the abduction issue, among other matters.

Tokyo on Tuesday decided to extend by two years its unilateral sanctions on North Korea, which bans all trade and prohibits the docking of North Korean-registered ships and any vessels that have called at a North Korean port in Japan. The sanctions, a part of the international pressure regime on North Korea, were set to expire next Tuesday.

An official from Seoul’s Unification Ministry told reporters Wednesday, "North Korea said it will not attend, citing health care reasons. As there is still time left until July, we will continue efforts to revive inter-Korean relations through various opportunities while observing the trend.”

North Korea, under a stringent international sanctions regime, has faced further isolation in the past year due to strict border restrictions amid the global pandemic. North Korea officially claims to have no Covid-19 cases.

Some analysts say that Pyongyang’s decision to not take part in the Tokyo Olympics could also have political meanings as well.

Suga will visit Washington for his first summit with U.S. President Joe Biden on April 16, during which they may discuss policy toward China and North Korea.

The U.S. State Department said that North Korea's decision to skip the Olympics appears to be in line with its strong measures against the Covid-19 pandemic.

"We are aware of reports that North Korea has decided not to participate in the Summer Olympics, which would appear consistent, in fact, with the DPRK's stringent response to Covid-19," Ned Price, the spokesman of the State Department, said in a press briefing Tuesday in Washington, referring to the acronym for the North’s official name, the Democratic People's Republic of Korea.

Price said that the United States will continue to “coordinate closely" with South Korea and with Japan on North Korea issues “in pursuit of our shared goals of peace and security on the Korean Peninsula and across the Indo-Pacific.”

He added that the U.S. National Security Adviser Jake Sullivan’s meeting with his South Korean and Japanese counterparts at the U.S. Naval Academy in Annapolis last week “is part of the ongoing review that we have underway when it comes to our North Korea policy.”

The United States in turn has been mulling whether to join a boycott of the 2022 Beijing Winter Olympics to protest China’s human rights abuses.

Price said on a joint Olympics boycott, “A coordinated approach will be not only in our interest but also in the interest of our allies and partners.”