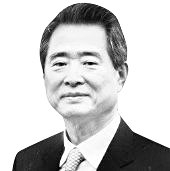 
More than a century ago, the Tongnip Sinmun, the first Korean newspaper in hangul, was published. Since the establishment of the Korean Newspaper Editors Association — the predecessor of the expanded Korea News Editors’ Association today — in 1957, that date has been commemorated as “Newspaper Day” in Korea.

The Tongnip Sinmun was founded on April 7, 1896 by Soh Jaipil, also known as Philip Jaisohn, one of the leaders of the 1884 Gapsin Revolution, a failed three-day coup aimed at opening and reforming the closed Joseon Dynasty (1392-1910) by accepting modern political systems. After the botched coup, Soh took refuge in the United States and become a doctor. Soh, the first Korean naturalized citizen of the United States, returned to his homeland in December 1895 and made all efforts to start a modern daily in Korea. Thanks to Homer Hulbert (1863-1949) — an American missionary and head of the Sammun Publishing established by the United Methodist Church based in the United States at the time — Soh could publish the first edition of the paper just four months after his return home. 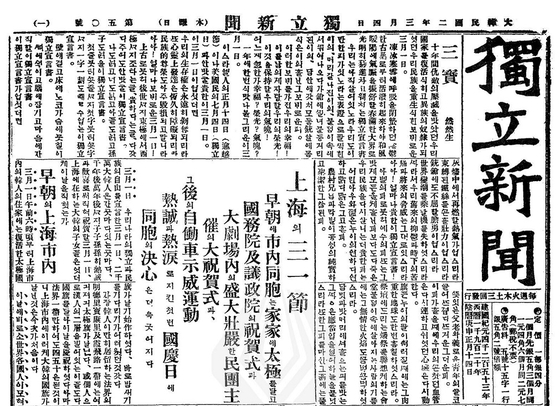 The Tongnip Sinmun, the first Korean newspaper in hangul.


What messages did Hulbert try to deliver to the Korean people over a centry ago? An editorial in the first English-language edition presented objectives of national reforms for the Joseon Kingdom. He stressed that Joseon must serve the Joseon people, eradicate corruption, help the people not be ashamed of using hangul, and distribute textbooks written in hangul to schools as soon as possible. The English-language editorial pointed out urgent agendas of the Joseon government.

The sentence of “Joseon must serve the Joseon people” can be translated into a call for the Joseon court to make decisions which would benefit the people instead of being swayed by foreign forces. At the same time, the comment contains a warning to foreigners not to exploit the Joseon people for their own interests. The paper’s argument for the eradication of corruption — still valid today — is equivalent to the demand for social reforms in a country afflicted by corruption.

The editorial’s call to end the feeling of shame for using hangul and quickly distribute textbooks in hangul translates into a criticism of the Joseon elite class’s disrespect for hangul and an urge to promote public education through the Korean alphabet. Hulbert’s book “Saminpilchi” (Knowledge Necessary for All) — Korea’s first world geography textbook in hangul — shows what he really sought for the Joseon people at the time.

A newspaper’s role of contributing to the development of a country and has not changed. Since the early days, our newspapers have played a big part in recovering national sovereignty, enlightening the people and advancing our culture, not to mention in the process of industrialization and democratization after the liberation in 1945.

But I wonder if Korea’s news media are really playing their proper role for the country and people now. I fully understand the hardships facing the newspaper industry amid the ICT revolution symbolized by smartphones and digitalization. But a bigger crisis is a lack of trust from the public. Despite the significance of public trust for news media, I am worried about the distance between news organizations and the people, given a dearth of farsighted insights and macroscopic perspectives and a cornucopia of gossip and provocative articles apparently aimed at fueling political conflict. Adhering to a particular set of ideologies, newspapers in Korea seems to try to make the public confused over truth and justice and what benefits the country.

I hope Korean journalists today sincerely care for the future of the country and help the people live a better life — just like Hulbert did more than a century ago. The key is recovering trust from them.