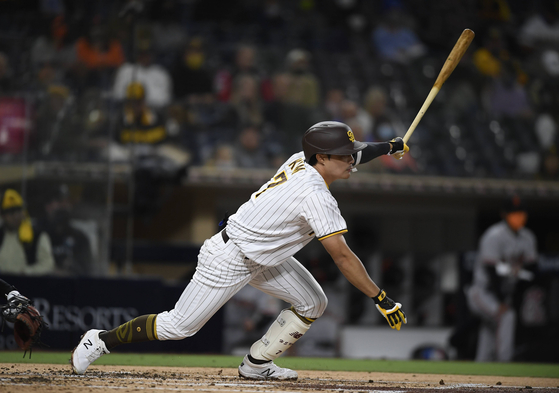 Kim Ha-Seong of the San Diego Padres hits a single during the first inning against the San Francisco Giants at Petco Park in San Diego on Tuesday. Kim later rounded the bases on a two-run home run from Victor Caratini after getting walked in the seventh. Kim ended the game with a run, a walk and a hit and a .273 batting average. Over five appearances this season, he has three hits and an RBI with a .273 batting average. [AFP/YONHAP]